Liam Livingstone is likely to play his first game in this year's IPL as Rajasthan Royals gear up to face Punjab Kings in Dubai. 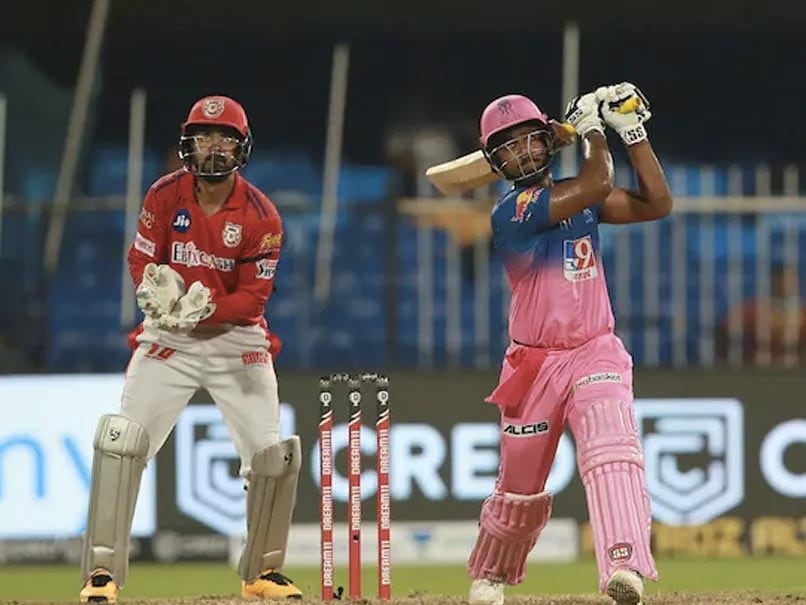 Sanju Samson will lead Rajasthan Royals in their first match of the UAE leg of the IPL 2021.© BCCI/IPL

Rajasthan Royals will face Punjab Kings in match 32 of the Indian Premier League (IPL) 2021 in Dubai on Tuesday. Sitting fifth on the points table, Rajasthan Royals will be without their star overseas players with the likes of Jofra Archer and Ben Stokes out injured while Jos Buttler opted out of the remainder of the IPL 2021 due to personal reasons. The Rajasthan-based franchise roped in West Indies duo of Evin Lewis and Oshane Thomas. RR also added South Africa spinner Tabraiz Shamsi and New Zealand's Glenn Phillips to their squad. A win against Punjab Kings will take RR to the fourth spot, above defending champions Mumbai Indians.

Here are the players we feel might get the nod for RR's first game of the UAE leg of IPL 2021:

Evin Lewis: With Jos Buttler out of the tournament, Evin Lewis becomes a like-for-like replacement for the England wicketkeeper-batsman. Lewis is an explosive opening batsman and makes use of the field restrictions early on in the game.

Yashasvi Jaiswal: The young Indian opener is likely to partner Lewis at the top of the order. Jaiswal has only played three IPL matches this year but scored at a strike-rate of over 130.

Sanju Samson (c): Samson has been one of Rajasthan Royals' best batsmen, scoring 277 runs from seven games including a century. The young captain will look to continue his good run in the UAE leg of IPL 2021.

Liam Livingstone: The England batsman has been in fine form, scoring big runs in international cricket. Livingstone recently scored 147 runs in three matches against Pakistan at a strike-rate of more than 216. He would be the ideal replacement for Ben Stokes in the XI.

Chris Morris: The most expensive buy in IPL's history, Chris Morris, had picked up 14 wickets in seven games and played a few cameos in the limited opportunities he got with the bat. RR will be hoping for a similar performance from the South Africa all-rounder in the UAE.

Riyan Parag: The youngster is known for his explosive batting and his ability to score runs in unorthodox areas makes him a threat for any opposition.

Shivam Dube:The India all-rounder played a few crucial knocks in the first-half of the tournament and he can also chip in with the ball. Dube had scored 145 runs and bowled a few economic spells for RR.

Rahul Tewatia: Rahul Tewatia shot to fame in last year's IPL which was also held in the UAE. His ability to bowl tidy spells and hit the big shots makes him an automatic selection in the XI.

Tabraiz Shamsi: The number one T20I bowler Tabraiz Shamsi was roped in by Rajasthan Royals as replacement for Andrew Tye. Shamsi has been bowling well recently and RR would want him to deliver to improve their chances of getting the better of Punjab in Dubai.

Chetan Sakariya: The young left-arm seamer impressed one and all earlier this year in the IPL and the selectors rewarded Sakariya by picking him in the squad for the Sri Lanka tour. He will be looking to carry on the fine form in the T20 league.

Jaydev Unadkat: Jaydev Unadkat's ability to deceive the batsmen with his variations can be handy on the pitches that will be on offer in the UAE.

Punjab Kings IPL 2021 Cricket Punjab Kings vs Rajasthan Royals, Match 32
Get the latest updates on India vs South Africa and check out  Schedule, Results and Live Score. Like us on Facebook or follow us on Twitter for more sports updates. You can also download the NDTV Cricket app for Android or iOS.