PBKS vs RR: Rajasthan Royals and Punjab Kings resume their IPL 2021 campaign when the two clash at the Dubai International Stadium on Tuesday. 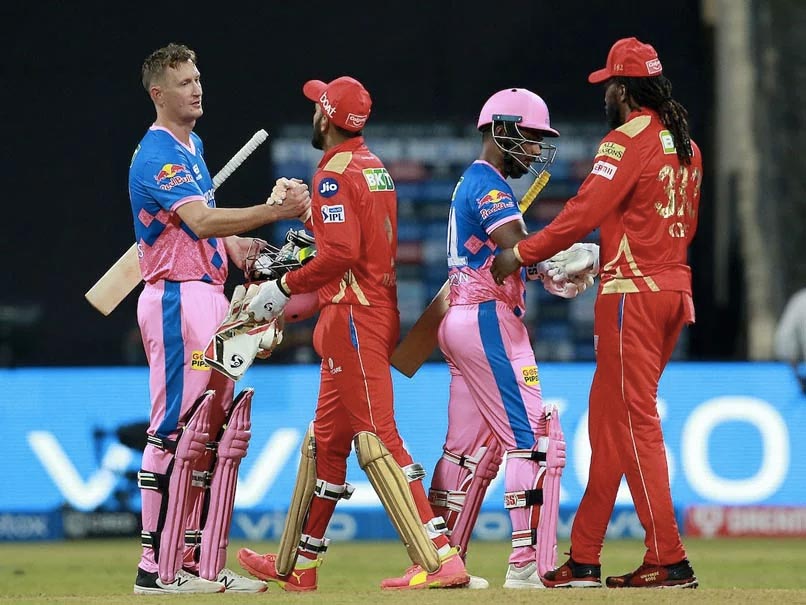 IPL 2021, PBKS vs RR: Punjab Kings and Rajasthan Royals both currently have 6 points each.© BCCI/IPL

Rajasthan Royals and Punjab Kings resume their IPL 2021 campaign when the two clash at the Dubai International Stadium on Tuesday. Both teams will be looking to stay in touch with top teams in the IPL points table. Mumbai Indians' loss to Chennai Super Kings on Sunday meant that they now trail the two leaders -- CSK and Delhi Capitals -- by four points and the defending champs could also drop a place to fifth with Rajasthan Royals and Punjab Kings hot on their heels. A big win for either RR or PBKS could see them leapfrog Mumbai Indians into fourth place.

Rajasthan Royals and Punjab Kings are both on six points but the latter has played a match more.

Rajasthan are currently fifth with 6 points, having won three games out of their seven matches so far.

Rajasthan Royals, however, will be missing some big names for the remainder of the season. Three England superstars Ben Stokes, Jofra Archer and Jos Buttler will all miss the UAE leg of IPL 2021, which will come as a massive blow for a team that made a decent start.

Rajasthan, though, still have a lot of firepower with the likes of Sanju Samson, David Miller and Liam Livingstone in the team.

Punjab Kings, on the other hand, will once again look to captain fantastic KL Rahul. One of the most consistent performers with the bat in the past couple of seasons, Rahul will have to be at his best yet again, if Punjab Kings are to qualify for the playoffs.

But he will need support from the likes of Chris Gayle, Nicholas Pooran and Mayank Agarwal.

On Tuesday, both teams will look to put down an early marker in the UAE and get some momentum going with the business end of the tournament not too far away.

Punjab Kings IPL 2021 Punjab Kings vs Rajasthan Royals, Match 32 Cricket
Get the latest updates on Fifa Worldcup 2022 and check out  Fifa World Cup Schedule, Stats and Live Cricket Score. Like us on Facebook or follow us on Twitter for more sports updates. You can also download the NDTV Cricket app for Android or iOS.