Ruturaj Gaikwad finished the season with 635 runs from 16 inningsand won the Orange Cap at the end of the final, which CSK won by 27 runs. 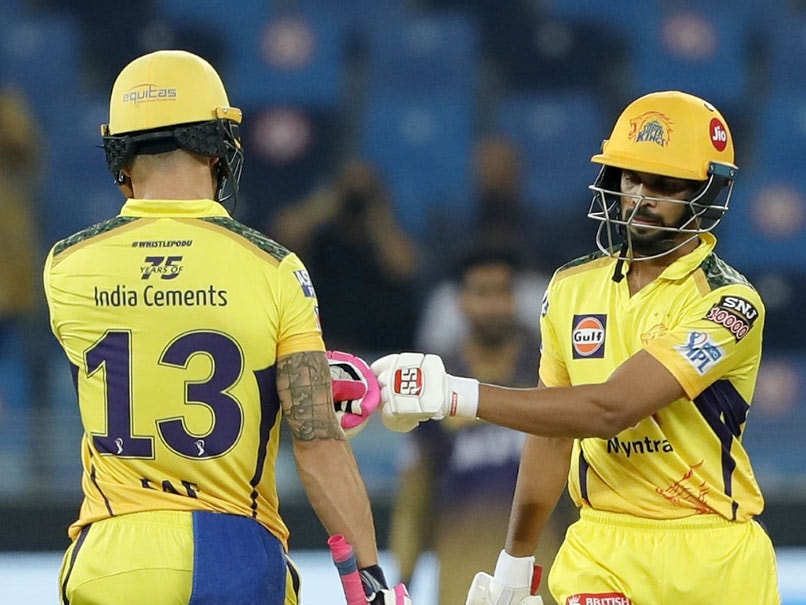 Faf Du Plessis put on a show of class and power in the IPL 2021 final as he scored 86 runs off 59 balls to power Chennai Super Kings (CSK) to a humungous total of 192/3 against Kolkata Knight Riders (KKR). du Plessis shared a 61-run stand with his opening partner Ruturaj Gaikwad, who was dismissed after scoring 32 runs off 27 deliveries. du Plessis was dismissed off the last delivery of CSK's innings as he tried to hit a six. As a result of that the veteran South African missed out on going past his opening partner in the Orange Cap list.

Gaikwad finished the season with 635 runs from 16 innings and won the Orange Cap at the end of the final, which CSK won by 27 runs. He faced the biggest competition from his opening partner, but du Plessis eventually finished with 633 runs from 16 innings. This was a great season for the duo as they scored more than 50 percent of the total runs scored by CSK and that served as the bedrock of the team's success this season.

Punjab Kings captain KL Rahul had finished at the top of the run charts at the end of the league phase with 628 runs from 13 innings at a whopping average of 62.60

Faf du Plessis IPL 2021 Cricket Chennai Super Kings vs Kolkata Knight Riders, Final
Get the latest updates on ICC Women's Cricket World Cup 2022 and IPL 2022, check out the Schedule , Live Score and IPL Points Table. Like us on Facebook or follow us on Twitter for more sports updates. You can also download the NDTV Cricket app for Android or iOS.