IPL 2021: Rajasthan Royals pacer Mustafizur Rahman's intelligent and athletic fielding saved a certain boundary in what was yet another forgettable outing for his side in the Indian Premier League against Royal Challengers Bangalore. 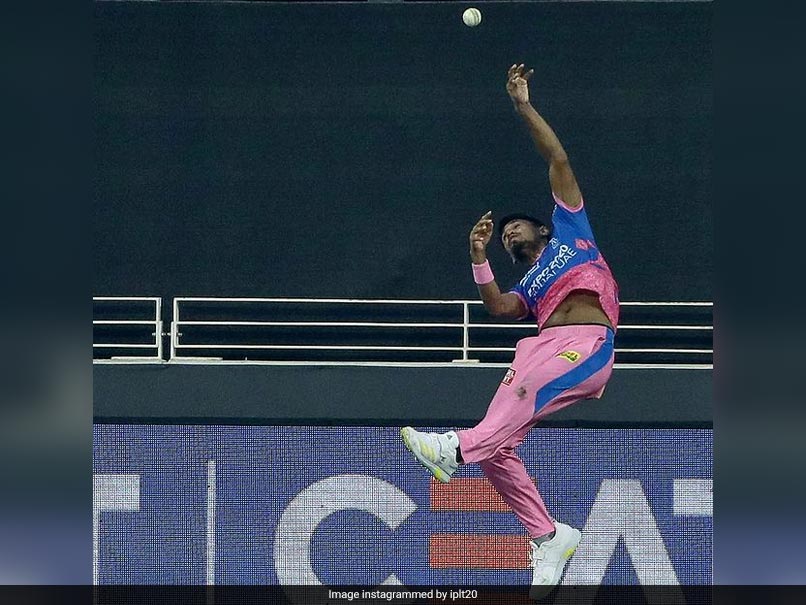 Mustafizur Rahman's exceptional fielding saved a certain boundary and won many hearts during Rajasthan Royals' (RR) seven-wicket loss to Royal Challengers Bangalore (RCB) in the Indian Premier League (IPL). It was in the ninth over of RCB's run-chase when batsman Glenn Maxwell pulled a rising Kartik Tyagi delivery that looked to be sailing over the fence for a six. However, Mustafizur shocked everyone watching with his sustained hang-time to slap the ball inside the boundary while still being in the air.

The effort garnered immense praise from his teammates. Here's how Rahman stole the show in the field:

The fielder's extraordinary effort happened when the match hung in the balance as RCB still needed 76 runs off 68 deliveries to win the match.

To RR's dismay, RCB ended on the victorious side with seven wickets and 17 balls to spare. Glenn Maxwell made a splendid half-century while wicketkeeper-batsman KS Bharat played a gutsy 44-run knock.

Rahman was the most successful bowler for his side with two wickets while others went wicketless.

Batting first, Evin Lewis and Yashasvi Jaiswal were the only major contributors for RR. Lewis stroked his way to 58 runs while Jaiswal made 31.

Harshal Patel was again the pick of the bowlers for RCB as he claimed three wickets.

This was RR's seventh loss in 11 games while RCB consolidated their third spot in the points table.

RR will next take on Chennai Super Kings (CSK) on October 2 at the Sheikh Zayed Stadium in Abu Dhabi.

Harshal Patel IPL 2021 Cricket
Get the latest updates on IPL Auction 2023 and check out  IPL 2023 and Live Cricket Score. Like us on Facebook or follow us on Twitter for more sports updates. You can also download the NDTV Cricket app for Android or iOS.