Mumbai Indians shared a picture on their social media handles of "quarantine neighbours" Jasprit Bumrah and Suryakumar Yadav in their Abu Dhabi hotel. 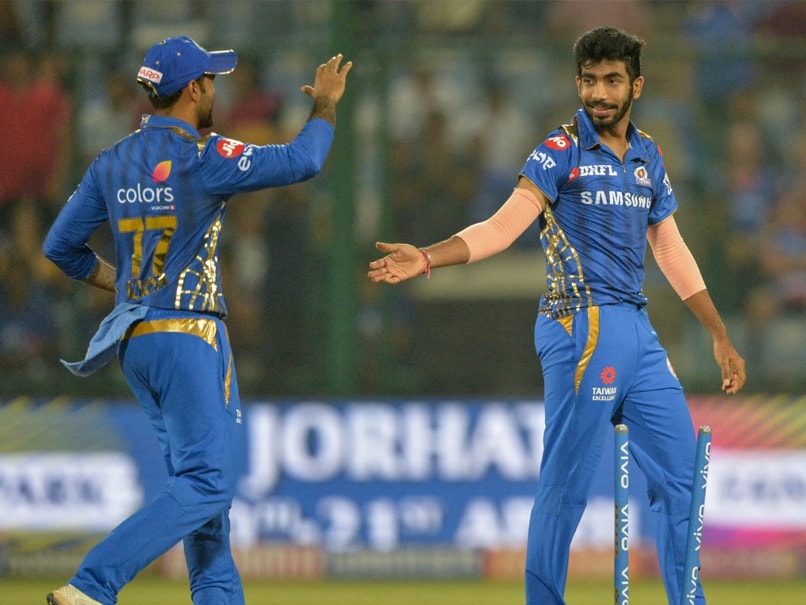 Jasprit Bumrah and Suryakumar Yadav are in a 6-day isolation before joining Mumbai Indians camp.© AFP

Following the cancellation of the fifth Test match between England and India in Manchester, players from both sides have joined their respective Indian Premier League (IPL) squads in the United Arab Emirates and are currently in isolation for six days. Suryakumar Yadav, Rohit Sharma, and Jasprit Bumrahare the India players who are quarantining in Abu Dhabi before they join the Mumbai Indians side ahead of IPL 2021 resumption. The Mumbai-based on Wednesday franchise posted a picture on their social media where Bumrah and Suryakumar can be seen catching up from their respective balconies.

"Hey, do you have water at your place?" Mumbai Indians playfully captioned Suryakumar as saying in Marathi.

In the picture shared by the five-time IPL champions, Suryakumar and his wife Devisha Shetty are pictured in the balcony above the one where Bumrah and wife Sanjana Ganeshan are seen standing as the two couples engage in a chat.

Bumrah was the second-highest wicket-taker during India's recent Test series against England. He also achieved the feat of becoming the quickest pacer to reach the mark of 100 Test wickets for India.

However, Suryakumar Yadav did not feature in any Test match after being called as a replacement. Suryakumar was also selected in the Indian squad for the upcoming T20 World Cup in Oman and UAE following his match-winning performances during the Sri Lanka tour.

Mumbai Indians are currently fourth in the points table with four wins and eight points in seven matches. The defending champions will take on Chennai Super Kings on September 19 when the season resumes in the UAE.

Jasprit Bumrah Suryakumar Yadav IPL 2021 Cricket
Get the latest updates on ICC T20 Worldcup 2022, check out the Schedule and Live Score. Like us on Facebook or follow us on Twitter for more sports updates. You can also download the NDTV Cricket app for Android or iOS.