Three Mumbai Indians stars including captain Rohit Sharma arrived in Abu Dhabi with their family on a private charter flight on Saturday morning. 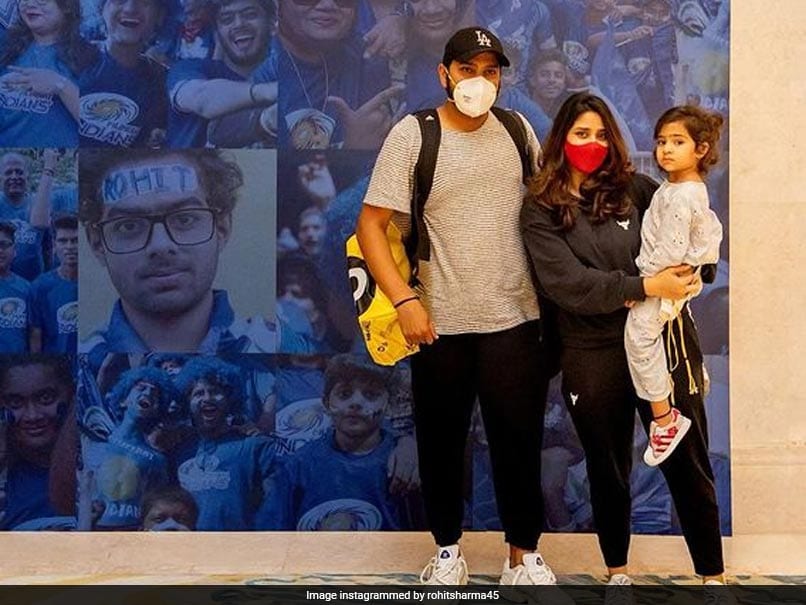 "The trio, along with their families, arrived today morning and will now undergo 6 days hard quarantine, starting today as per the IPL's guidelines."

The players were in Manchester for the fifth Test match against England, which was cancelled following outbreak of coronavirus inside the Indian team contingent.

The Mumbai Indians media release also mentioned that all members had returned negative RT-PCR results before boarding the flight to Abu Dhabi.

The Mumbai-based franchise posted a picture of Rohit with his wife Ritika and daughter Samaira.

Fresh tests were done upon their arrival which also returned negative.

Mumbai Indians, defending champions, will take on Chennai Super Kings (CSK) in the first match of the UAE leg of the IPL 2021.

The T20 tournament was halted midway after several players and support staff members had contracted the virus inside the bio-secure bubble.

Mumbai Indians were fourth on the points table before the tournament was postponed while CSK were second, behind leaders Delhi Capitals.

Jasprit Bumrah Suryakumar Yadav IPL 2021 Cricket
Get the latest updates on ICC T20 Worldcup 2022, check out the Schedule and Live Score. Like us on Facebook or follow us on Twitter for more sports updates. You can also download the NDTV Cricket app for Android or iOS.