Mumbai Indians suffered their third straight loss in the ongoing IPL 2021 in the UAE, losing by a massive 54 runs to Royal Challengers Bangalore. 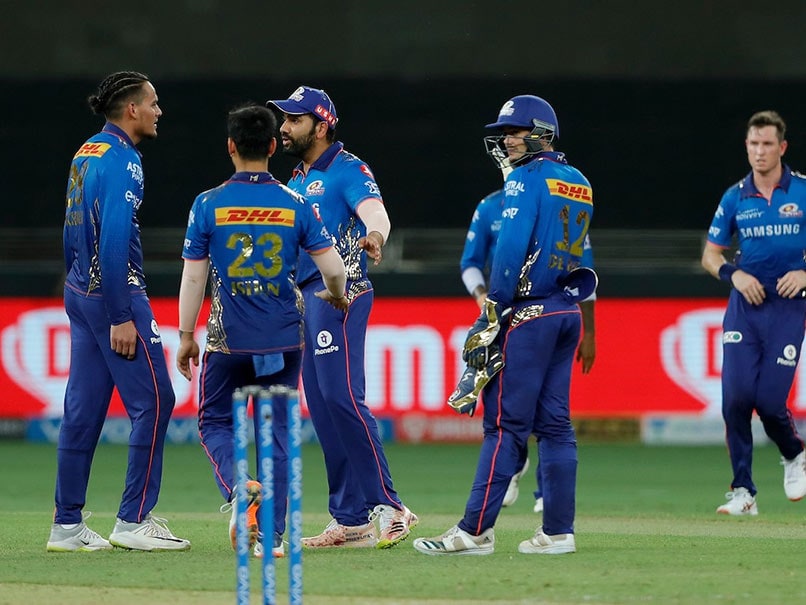 Mumbai Indians suffered their third straight loss in the ongoing Indian Premier League (IPL) 2021 in the UAE, losing by a massive 54 runs to Royal Challengers Bangalore to drop to seventh in the IPL points table. The defending champions have now played 10 matches, winning just four games and losing six. Mumbai's net run-rate has also taken a severe beating, and is now the second worst in the league (-0.551) behind bottom-placed SunRisers Hyderabad. Following the defeat to RCB, fans flooded Twitter, poking fun at Rohit Sharma's team by posting memes.

Mumbai Indians in this season :- pic.twitter.com/qej5lPUc5z

Mumbai indians..
Then and now..!pic.twitter.com/gehAN9zhT9

Many fans were also left troubled by the performances of some MI players that are in the India squad for upcoming T20 World Cup squad.

Bcci to Icc after seeing the performance of surya , ishan and hardik...@BCCI pic.twitter.com/ddHt62b37V

Virat Kohli celebrating Surya, Ishan and Hardik Pandya's wicket but then realising we've got the World T20 in next 15 days. pic.twitter.com/4KCDvyarru

Mumbai Indians are yet to win a game in the UAE leg of IPL 2021. MI's famed batting line-up has struggled big-time while the bowlers aside from Jasprit Bumrah have been a bit below par as well.

On Sunday, MI got off to a brilliant start with Bumrah removing the dangerous Devdutt Padikkal for a duck in the second over. Virat Kohli and KS Bharat steadied the ship for RCB with a solid partnership while Glenn Maxwell.

Kohli went on the score yet another half-century while Glenn Maxwell came in and blasted 56 off 37 balls, helping his team post 165/6.

Captain Rohit Sharma made his mark in the match with a 28-ball 43, adding 57 runs with Quinton de Kock for the first wicket. But once Rohit fell it quickly went downhill for Mumbai Indians.

Infact, besides Rohit and De Kock, no other MI player could get to double digits as the team was bowled out for a paltry 111 in 18.1 overs.

MI next face Punjab Kings on Tuesday in Abu Dhabi.

Rohit Sharma IPL 2021 Royal Challengers Bangalore vs Mumbai Indians, Match 39 Cricket
Get the latest updates on IPL 2021, check out the IPL 2021 Schedule and Indian Premier League Live Score . Like us on Facebook or follow us on Twitter for more sports updates. You can also download the NDTV Cricket app for Android or iOS.