IPL 2021, KKR vs RR: Kolkata Knight Riders will be aiming to cement their position in the final playoff spot on Thursday, when they take on Rajasthan Royals. 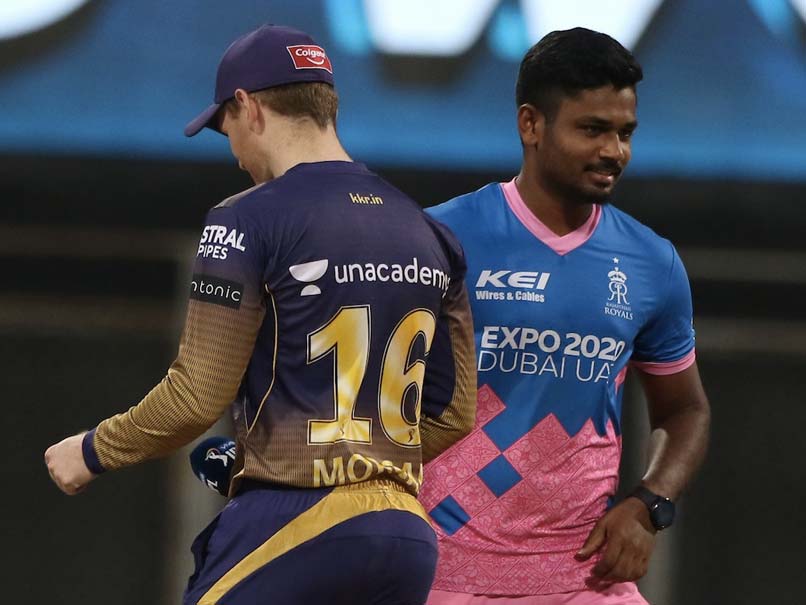 IPL 2021, KKR vs RR: Eoin Morgan will be hoping to grab two points against Sanju Samson's side.© BCCI/IPL

The Indian Premier League (IPL 2021) has reached its climax and like most seasons, the play-off spots have still not been confirmed. While three teams have made it through, the battle is on for the last spot and Kolkata Knight Riders are best placed to make the cut currently. But for that to become all but certain, Eoin Morgan's team needs to beat Rajasthan Royals in their last league outing. A victory will not only put KKR on 14 points but will also make it extremely difficult for Mumbai Indians to topple them as they have a far superior run-rate.

Rajasthan Royals had a chance to make this a virtual knock-out, but they lost their opportunity after capitulating to a huge loss against MI in their last outing. Sanju Samson's team faces a tall order because such is the poor state of their net-run rate after the last loss that even a victory of humongous proportions might not help them qualify. But if they do win, then that will open the doors for MI to win their last match and qualify.

Morgan's men have had a decent run in the second half of the tournament, and they should complete the job on Thursday. Young Venkatesh Iyer holds the key at the top of the order with his explosive style. He will have to watch out for the sluggish track at Sharjah though. The likes of Morgan and Dinesh Karthik will have to rise up to the occasion with the bat as well. Nitish Rana and Rahul Tripathy will be the lynchpin in the middle overs and a strong foundation by these men could help Andre Russell unleash the big shots in the back end of the innings in the company of Sunil Narile.

Narine's batting apart, it will be his spin on a tricky surface in Sharjah that KKR will bank on. The duo of Varun Chakravarthy and Narine will have to get the better of the likes of Samson, Yashavi Jaiswal and Ewin Lewis to keep the Rajasthan batting check.

The Royals will be reeling from their poor batting performance against MI and KKR have the necessary arsenal to subdue them further.

It's all to play for as the result of this match will not just decide the fate of these two teams but will also give defending champions Mumbai Indians an idea of what they need to do in their last outing against SunRisers Hyderabad in order to gatecrash into the play-offs.

Sanju Samson IPL 2021 Kolkata Knight Riders vs Rajasthan Royals, Match 54 Cricket
Get the latest updates on IND vs NZ 2021, check out the Schedule and Live Score . Like us on Facebook or follow us on Twitter for more sports updates. You can also download the NDTV Cricket app for Android or iOS.