Delhi Capitals spinner Ravichandran Ashwin bowled one of the most thrilling final overs of IPL 2021 but failed to take his side past the finishing line as Rahul Tripathi sealed victory for Kolkata Knight Riders. 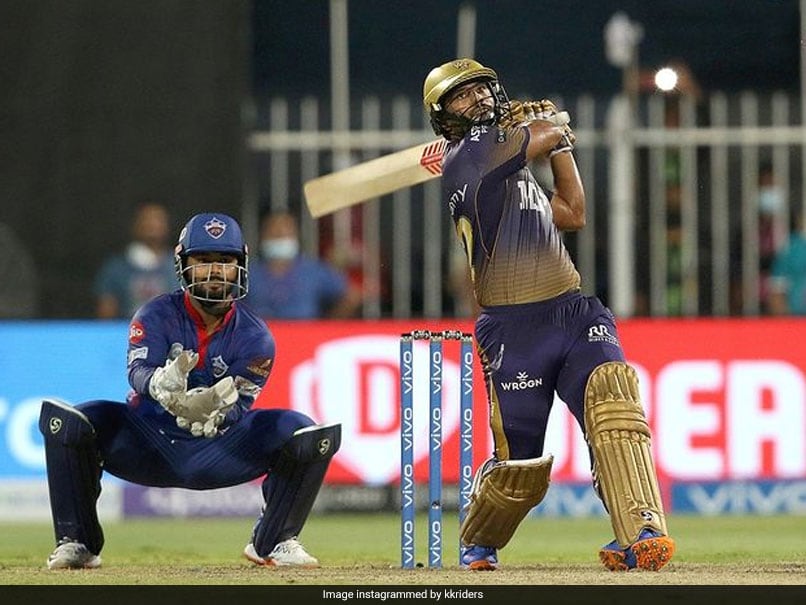 Delhi Capitals (DC) skipper Rishabh Pant trusted his most experienced bowler Ravichandran Ashwin to defend seven runs against Kolkata Knight Riders (KKR) in Qualifier 2 of Indian Premier League (IPL)2021 in Sharjah on Wednesday. Facing Ashwin at the start of the 20th over in KKR's run-chase were batters Rahul Tripathi and Shakib al-Hasan. The match went down to the wire despite KKR being in the driver's seat for most part of the chase as openers Shubman Gill and Venkatesh Iyer gave their team a brilliant start.

With only 11 runs needed off the last three overs, the mood in the KKR camp seemed positive as a third IPL 2021 beckoned for the Eoin Morgan-led side.

However, KKR batter struggled to rotate strike and get runs on the board. It all boiled down to the last over.

Ashwin started off against Tripathi, who nudged it towards the mid-wicket boundary for a single. Still, six runs were needed off the last five balls.

Shakib tried to slog sweep Ashwin but got beaten by pace. Ashwin clearly seemed to out-fox the batter with variations in length and speed.

Ashwin's stump-to-stump line deprived the batter of any room. Shakib's intent to hit the ball behind the short fine-leg fielder proved to be unsuccessful and was trapped LBW.

Sunil Narine, the hero of the last game for KKR, came into the middle with a tremendous reputation. He seemed to have done it all again when he hit an overpitched delivery towards the long-off region. But instead of the desired distance, Narine generated more height only for Axar Patel to take a simple catch near the fence.

Suddenly, the alarm bells started ringing for KKR, who needed six runs off the last two balls. The only good thing that seemed to have transpired in the middle for KKR was Tripathi getting back the strike; and boy did he make the most of it.

Ashwin bowled a half-tracker which was put away with all the might by Tripathi for a huge six over the long-off fielder, giving KKR an epic three-wicket win.

Rishabh Pant IPL 2021 Cricket Delhi Capitals vs Kolkata Knight Riders, Qualifier 2
Get the latest updates on India vs Australia and check out  Schedule, Results and Live Score. Like us on Facebook or follow us on Twitter for more sports updates. You can also download the NDTV Cricket app for Android or iOS.