IPL 2021: Young Riyan Parag led the celebrations as Rajasthan Royals pulled off a sensational against Delhi Capitals on Thursday. 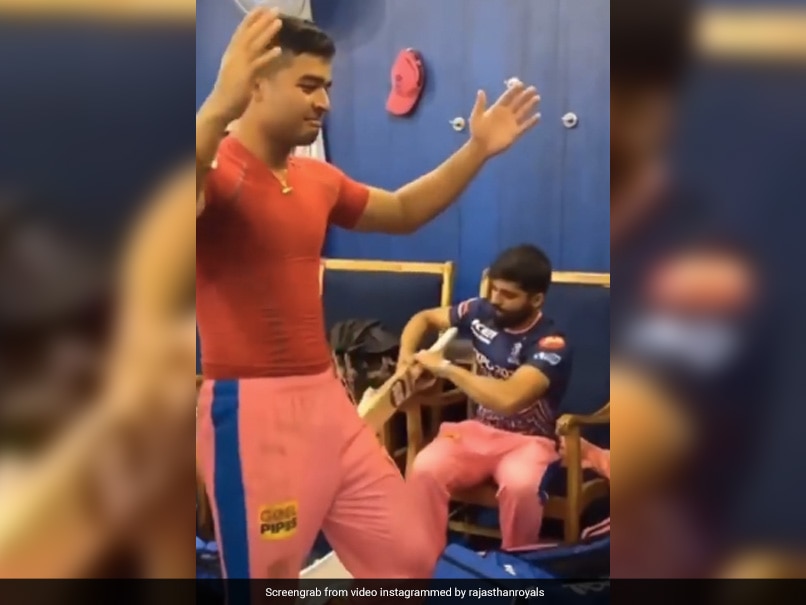 The mood in the Rajasthan Royals (RR) dressing room was upbeat after their thrilling three-wicket win over Delhi Capitals (DC) in Match 7 of Indian Premier League (IPL) 2021 on Thursday. Leading the celebrations was young Riyan Parag, who did not do well with the bat, but was very efficient on the field during Delhi's batting. Parag celebrated the win by performing "Bihu" dance from his home state Assam. The impromptu act is now an integral part of Parag's celebrations who also did the dance during the last edition of the IPL.

Rajasthan Royals took to Instagram to share a glimpse of their post-match celebration and wrote, "Mood, all good #HallaBol | #RoyalsFamily | #RRvDC."

Rajasthan's fans were on cloud nine with their win and expressed their excitement by filling the comment section of the post. "They deserve this. I just hope it'll be a great season for Sanju Samson as captain. Finally! RR win," a fan wrote.

Another fan insisted that with his performance vs Delhi, Chris Morris has justified his Rs 16.25 crore price tag. "Morris defined himself as to why he is the most expensive player of this season. If not with the ball, he will do well with the bat. Great innings by David Miller also. Thrilling ups and downs but in the Rajasthan finished in Royal style," he wrote.

Parag was responsible for Rishabh Pant's run out just when the Delhi skipper started smashing Rajasthan bowlers all over the park. And Parag celebrated the wicket by performing the Bihu dance on the field.

With their win over Delhi, Rajasthan have moved to the fifth spot in the IPL points table. RR will next take on Chennai Super Kings (CSK) in Mumbai on April 19.

Delhi Capitals Riyan Parag IPL 2021 Rajasthan Royals vs Delhi Capitals, Match 7 Cricket
Get the latest updates on ICC Women's Cricket World Cup 2022 and IPL 2022, check out the Schedule , Live Score and IPL Points Table. Like us on Facebook or follow us on Twitter for more sports updates. You can also download the NDTV Cricket app for Android or iOS.