IPL 2021: Chennai Super Kings (CSK) posted a video on social media, where MS Dhoni could be seen playing an adaptation of the Italian game of Bocce with the team physio, Tommy Simsek. 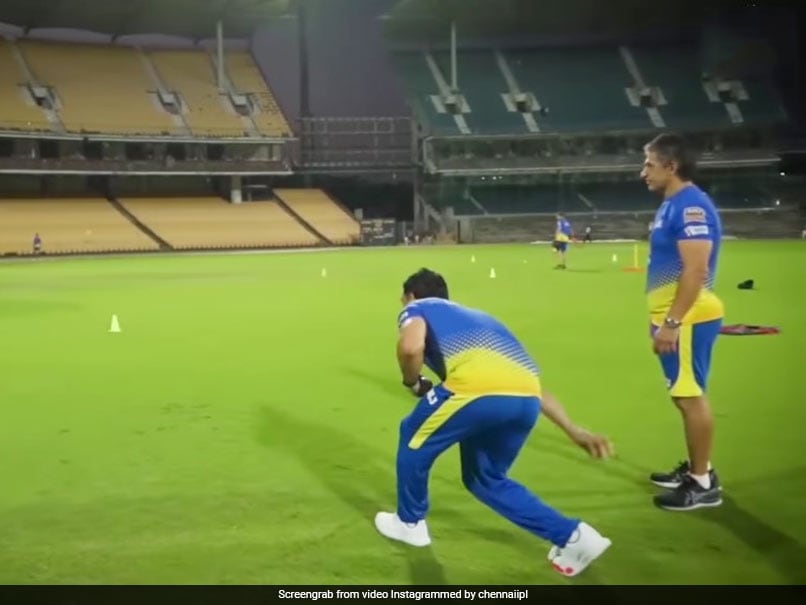 IPL 2021: The CSK physio revealed that he is better than MS Dhoni in Bocce.© Instagram

The Indian Premier League (IPL) is finally back, and is scheduled to begin from April 9. The players are currently in their respective bio-secure bubble and are gearing up for IPL 2021. The franchises have been keeping fans well-updated through their social media handles, which also include offbeat and quirky posts. In one such post which Chennai Super Kings (CSK) shared on Instagram, the team revealed another sport which captain MS Dhoni loves to play; adaptation of an Italian game called Bocce. The former India skipper was seen playing the game with CSK physio Tommy Simsek. The video was well-received by fans, and has been captioned as, "Thala vs Tommy at a game of Bocce! Italian version of Goli!"

In the video, the CSK physio also explains the rules of the game. "The Italians play this game where they throw steel balls. They have one ball that is called the Jack. You have three or four other balls and whoever gets closest to the Jack gets a point. If two of your balls are closer than your opposition then you get two points.," said Simsek.

"So we use a couple of cricket balls and we play Bocce; an adapted version of Bocce. It's first to 11 usually."

Also revealing that he is better than Dhoni, he quipped, "I always beat him. He is a very good cricketer, but I am much better at Bocce."

CSK face defending champions Mumbai Indians (MI) in the season opener, and will be aiming for a better display this year, after finishing seventh in 2020.