IPL 2021: Chennai Super Kings played an intra-squad match as the three-time IPL Champions geared up for the upcoming T20 tournament. 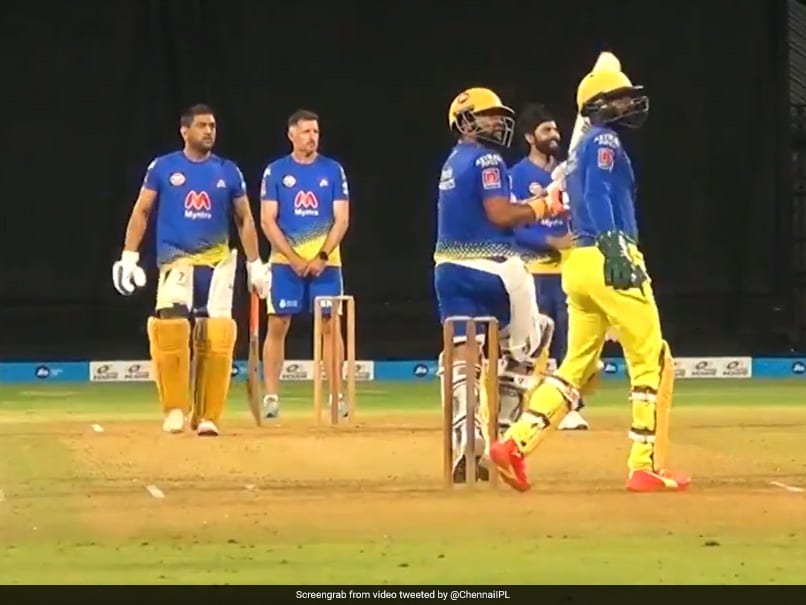 Chennai Super Kings (CSK) played an intra-squad practice match as they gear up for the upcoming season of the Indian Premier League (IPL), which begins on Friday. CSK took to Twitter on Wednesday to share a video in which their stars such as MS Dhoni, Suresh Raina, Ravindra Jadeja and Dwayne Bravo were all seen in action. The highlights of the match also showed an aggressive Cheteshwar Pujara as the India Test specialist played some lofted shots. "#SuperMatch highlights! Catch all the hits, swings and spells from when the lions took on themselves! #WhistlePodu #Yellove," CSK captioned the video on Twitter.

Watch the highlights of the intra-squad match here:

In the video, MS Dhoni and Suresh Raina were also seen batting together for the first time since both players announced their retirement from international cricket last year in August.

Raina had missed last year's IPL due to personal reasons but the former India all-rounder is back with his IPL franchise for IPL 2021.

CSK experienced their worst season last year as the three-time IPL champions failed to qualify for the play-offs for the first time in the history of the tournament.

Chennai finished seventh on the points table but to the delight of the fans, Dhoni, just before CSK's final league stage game in IPL 2020, announced that he will be back to lead the side in the 14th edition of the IPL.

CSK will begin their IPL 2021 campaign against last year's runners-up Delhi Capitals in Mumbai on April 10.

With the return of Raina and fresh faces like Moeen Ali, Krishnappa Gowtham and a seasoned IPL player in Robin Uthappa up their ranks, CSK will be hoping to lift the trophy for the fourth time.

Ravindra Jadeja IPL 2021 Cricket
Get the latest updates on SA vs IND 2021-22, check out the Schedule and Live Score . Like us on Facebook or follow us on Twitter for more sports updates. You can also download the NDTV Cricket app for Android or iOS.