IPL 2021: Here Is How Captain MS Dhoni Welcomed CSK "Freshers" Into The Team

IPL 2021: MS Dhoni welcomed the new CSK signings by giving them their jerseys. 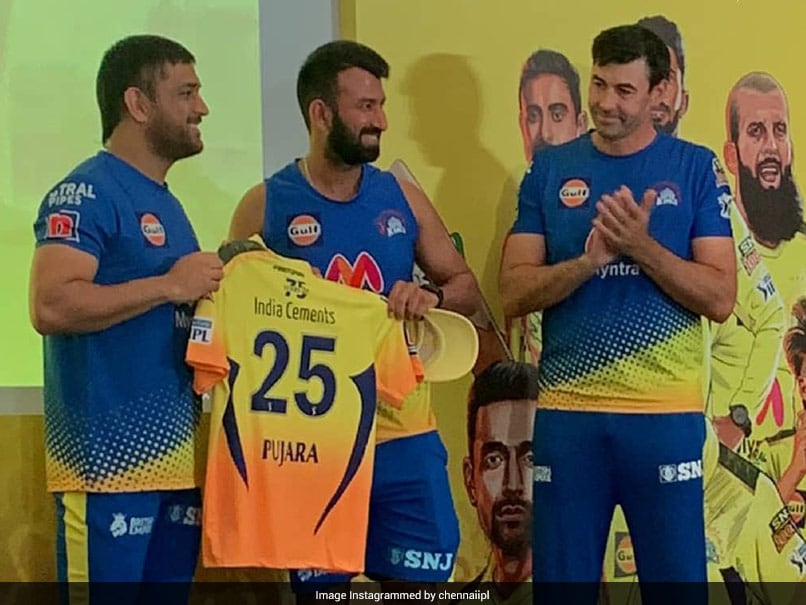 After a disappointing outing in Indian Premier League (IPL) 2020, Chennai Super Kings (CSK) brought in some new names to strengthen the team as they look to bounce back in style in the upcoming season of the marquee tournament. CSK made seven new additions to their team since the last season. While they signed Robin Uthappa from Rajasthan Royals, they bought Moeen Ali, Krishnappa Gowtham, Cheteshwar Pujara, C Hari Nishanth, Harishankar Reddy and K Bhagath Varma at the mini-auction ahead of IPL 2021.

On Wednesday, CSK shared pictures of captain MS Dhoni welcoming their new signings as he handed them their jerseys.

"Putting our paws together in welcoming freshers into the #SuperFam!" CSK captioned the post.

Dhoni is accompanied by head coach Stephen Fleming as they hand out the jerseys to the new members of the team.

Gowtham, who became the most expensive uncapped Indian in the history of the IPL when CSK bought him for a whopping Rs 9.25 crore, got jersey no. 79, while Cheteshwar Pujara, returning to the IPL for the first time since 2014, got no. 25.

Robin Uthappa will wear 77 on his jersey.

CSK were the first team to be knocked out of contention for the qualifying spots in IPL 2020, and eventually finished seventh.

They will be looking to set last year aside as an anomaly and win their fourth title.

CSK will begin their campaign against Delhi Capitals on April 10 at the Wankhede stadium in Mumbai.

Robin Uthappa Cricket
Get the latest updates on IPL Auction 2023 and check out  IPL 2023 and Live Cricket Score. Like us on Facebook or follow us on Twitter for more sports updates. You can also download the NDTV Cricket app for Android or iOS.