IPL 2021, KKR vs MI: Kolkata Knight Riders will look for a second successive win while Mumbai Indians will be hoping to register a first in IPL 2021. 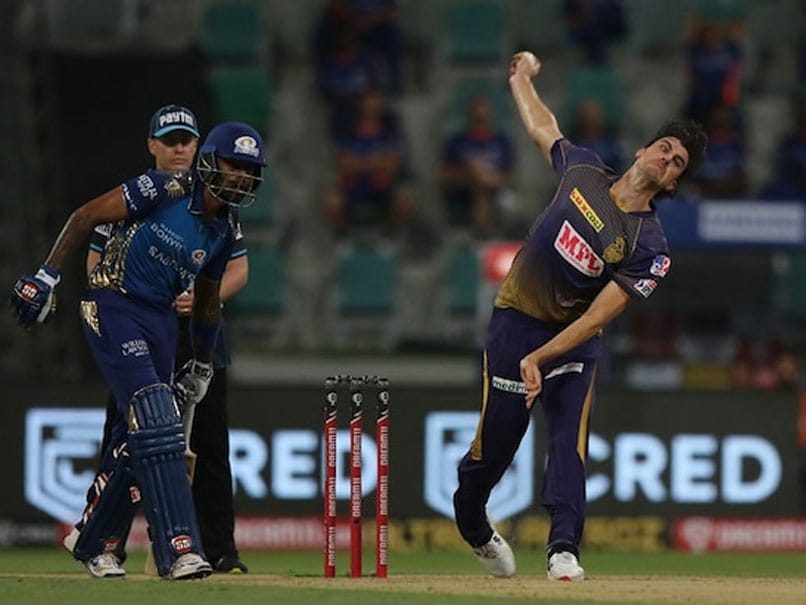 Match 5 of the Indian Premier League will see Kolkata Knight Riders (KKR) take on defending champions Mumbai Indians (MI) at the MA Chidambaram Stadium in Chennai today. The Eoin Morgan-led side will be looking to secure their second win in as many matches this season after registering a 10-run victory over Sunrisers Hyderabad in their season opener. Rohit Sharma, on the other hand, will aim to start afresh after their defeat top Royal Challengers Bangalore in the tournament opener on April 9. With enough fire power in both the teams, fans can expect a run-feast in Chennai's hot weather through the likes of Andre Russell, Nitish Rana, Rohit Sharma and Eoin Morgan.

Andre Russell (Credits- 10): Regarded as one of the most destructive and feared batsmen of this era, West Indies' Andre Russell is a must pick in the fantasy XI considering his hard-hitting prowess with the bat and some exceptional death bowling to go along with it. In the first match Russell disappointed everyone with a knock of five runs in as many balls and taking one wicket while conceding 32 runs against SRH.

However, Russell is one of the slowest starters and takes time to get going in tournaments, but once set, the Jamaican can take the opposition to cleaners with a plethora of four and sixes. Apart from his skills with the bat as well as the ball, Russell is a live wire in the field. which adds to his fantasy points tally in a match.

Rohit Sharma (Credits- 10): After looking extremely good in the limited time Rohit Sharma spent in the first match, the Mumbai Indians captain is expected to lead from the front and give his franchise a crucial start which can eventually decide the fate of the match. Sharma endured a sub-par IPL in 2020 with only 332 runs in 12 games and will be eager to take the tournament by storm this season.

With the captaincy responsibility on his shoulders, Sharma's runs can mean points in the fantasy XI along with his field catching his part-time bowling as well if he chooses to bowl today.

Eoin Morgan (Credits- 9.5): The Kolkata Knight Riders captain has been a dark horse when it has come to his batting abilities off late. But much can be expected of the classy left-hander as he is known not to put strings of bad scores at a stretch in any format. Like Russell, Morgan will also be aiming to put his best foot forward and get in the grove after a disappointing performance in the first match, scoring only two runs.

Jasprit Bumrah (Credits- 9): Jasprit Bumrah has been tipped as Mumbai Indians' trump card for this season by former Indian pacer Zaheer khan. This means the onus will be on Bumrah to perform in almost every game he plays for the franchise this season, bringing in more possibilities of fantasy points overall.

Jasprit Bumrah IPL 2021 Kolkata Knight Riders vs Mumbai Indians, Match 5 Cricket Nitish Rana
Get the latest updates on ICC Women's Cricket World Cup 2022 and IPL 2022, check out the Schedule , Live Score and IPL Points Table. Like us on Facebook or follow us on Twitter for more sports updates. You can also download the NDTV Cricket app for Android or iOS.