Rohit Sharma, mainly known for his batting prowess, is a no fluke with the ball in hand and even has a hat-trick under his belt in the IPL. 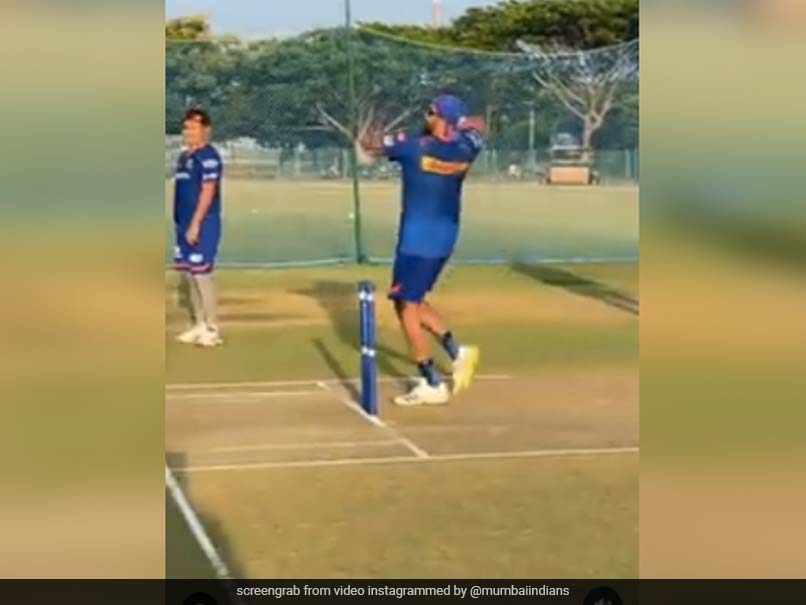 Mumbai Indians on Sunday took to Instagram to share a video of their skipper Rohit Sharma rolling over his arms during a net session. Rohit, mainly known for his batting prowess, is a no fluke with the ball in hand and even has a hat-trick under his belt in the IPL. With so many bowling options at his disposal, Rohit hardly bowls himself during a match. While he doesn't bowl much, he certainly has quite a few variations up his sleeves for a part-time bowler. During the first Test against England, Rohit was seen mimicking veteran off-spinner Harbhajan Singh's action. Before that, Rohit was seen bowling a medium pace delivery during a Test match against Australia in Brisbane.

Apart from his cricketing skills, Rohit is also passionate about various noble causes. During Mumbai Indians' opening match against Royal Challengers Bangalore (RCB) he walked in to bat wearing a specially designed shoes to create awareness about an endangered Rhino species. Rohit's gesture was highly appreciated by former England player Kevin Pietersen, who also supports the same cause.

"Yesterday when I walked on to the field it was more than just a game for me. Playing cricket is my dream and helping make this world a better place is a cause we all need to work towards and It was special for me to take a cause so close to my heart with me on the field while I do what I love. Every step matters," Rohit wrote on Instagram.

The defending champions began their campaign with a two-wicket loss against RCB at MA Chidambaram Stadium on Friday. They will go up against Kolkata Knight Riders (KKR) in Chennai on April 13.

Rohit Sharma IPL 2021 Cricket
Get the latest updates on India vs South Africa and check out  Schedule, Results and Live Score. Like us on Facebook or follow us on Twitter for more sports updates. You can also download the NDTV Cricket app for Android or iOS.