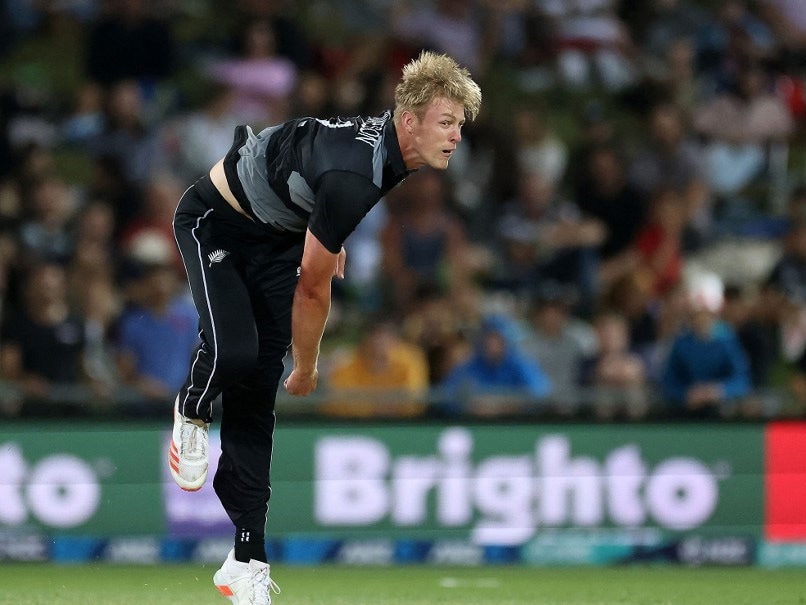 New Zealand all-rounder Kyle Jamieson's first time at the Indian Premier League (IPL) auction was a memorable one for him, as he was snapped up for Rs 15 crore by Royal Challengers Bangalore (RCB). Jamieson sparked a bidding war between RCB and Punjab Kings, and ended up becoming the fourth-most expensive buy in the history of the cash-rich league. At 6'8", Jamieson is an intimidating fast bowler and is also handy with the bat coming down the order, making him a valuable addition to the Virat Kohli-led team.

A huge warm welcome to the RCB #ClassOf2021.

Jamieson's purchase came after RCB had also spent big on Australia all-rounder Glenn Maxwell, getting him for Rs 14.25 crore.

Jamieson made his international debut against India in February 2020 in the ODI series and played his first T20 International (T20I) against the West Indies in November 2020.

RCB finished in the top four in the 2020 season of the IPL, reaching the knockout stages for the first time since 2016. They were knocked out in the eliminator by SunRisers Hyderabad.

Jamieson comes in as a valuable addition for RCB who had released several players ahead of the auction. The New Zealander could slot in as the first-choice all-rounder for RCB, possibly benefitting from dismissing Kohli during India's tour of New Zealand in early 2020.

Royal Challengers Bangalore Kyle Jamieson IPL 2021 IPL Auction 2021 Cricket
Get the latest updates on IPL Auction 2023 and check out  IPL 2023 and Live Cricket Score. Like us on Facebook or follow us on Twitter for more sports updates. You can also download the NDTV Cricket app for Android or iOS.