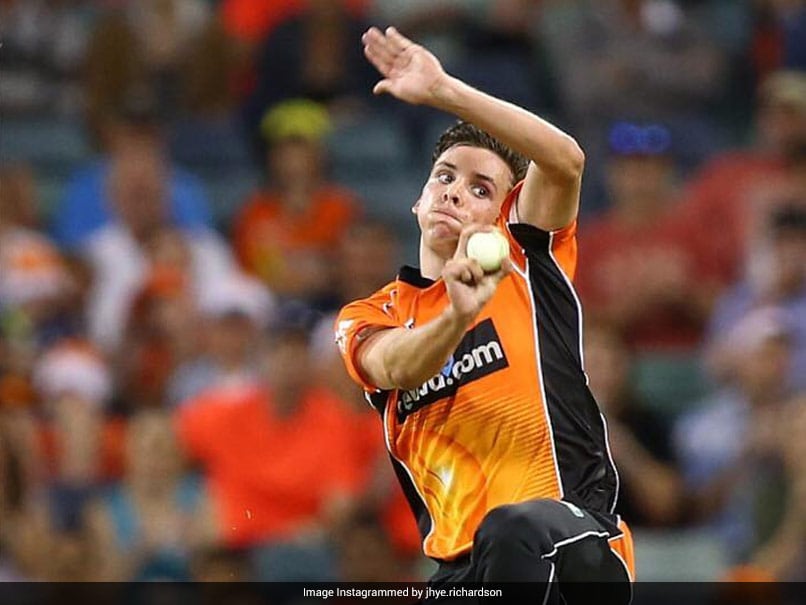 Punjab Kings bought the Australia fast-bowler Jhye Richardson, with a base price of Rs 1.5 crore, for a whopping Rs 14 crore at the Indian Premier League (IPL) 2021 player auction in Chennai on Thursday. Punjab Kings, who entered the players auction with the biggest purse -- 53.20 crore, also roped in the number one ranked Twenty20 International batsman Dawid Malan for Rs 1.5 crore. Richardson has played 62 T20s and has picked up 78 wickets at an impressive economy rate of 7.87.

The 24-year-old pacer has played for Perth Scorchers but it will be his first outing in the IPL.

Richardson will rub shoulders with the likes of Mohammed Shami and Chris Jordan at Punjab Kings in the 14th edition of the IPL.

With the likes of KL Rahul, Mayank Agarwal and Chris Gayle at the top of the order, the arrival of Jhye Richardson will strengthen the pace department of Punjab Kings and can help them in the death overs, an area where they leaked a lot of runs last season.

While Punjab Kings bought a spearhead and an opening batsman to their squad, the highlight of the IPL player auction was South Africa all-rounder Chris Morris, who bagged 16.25 croreand will play for Rajasthan Royals in the upcoming season.

Australia Cricket Team Jhye Richardson IPL 2021 IPL Auction 2021 Cricket
Get the latest updates on Fifa Worldcup 2022 and check out  Fifa World Cup Schedule, Stats and Live Cricket Score. Like us on Facebook or follow us on Twitter for more sports updates. You can also download the NDTV Cricket app for Android or iOS.