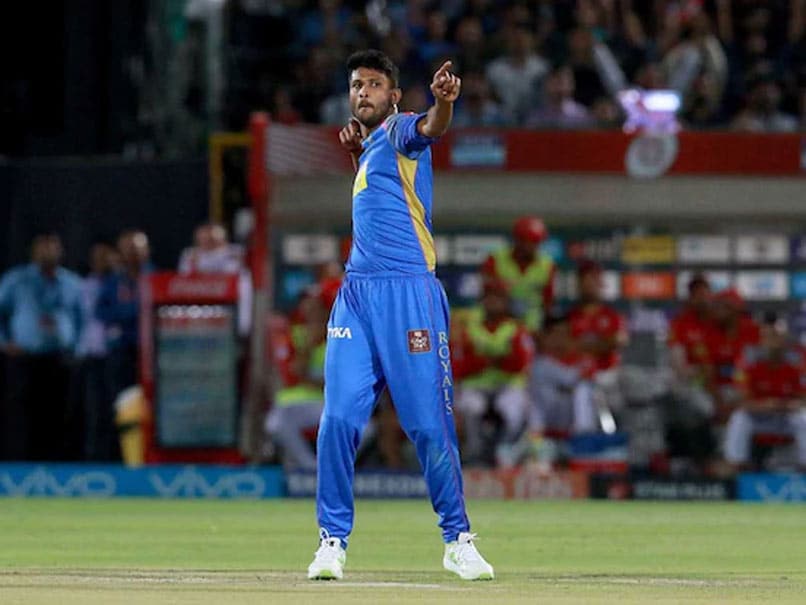 Krishnappa Gowtham, the Karnataka all-rounder, was bought by Chennai Super Kings for a whopping Rs. 9.25 crore at the IPL 2021 auction. He became the most expensive uncapped Indian player in IPL history, news agency ANI reported. Gowtham, a right-handed lower order batsman and an off spinner, had come into the auction at a base price of Rs. 20 lakh. Gowtham made name for himself in the 2018 season with his six-hitting in the death overs. Overall in the IPL, he has 186 runs from 24 matches but 15 of those games came in 2018 where he smashed 126 runs at a strike rate of 196.87.

Previously, Gowtham played for Rajasthan Royals in 2018 and 2019 before he was picked by Punjab Kings ahead of the 2020 season.

Gowtham comes in as another all-rounder in a CSK line-up full of established all-rounders like Dwayne Bravo, Ravindra Jadeja and Sam Curran.

While Jadeja is still out injured, Bravo and Curran are likely to make the starting XI, and Gowtham could come into the picture if Jadeja doesn't attain match fitness by the start of the season.

MS Dhoni will lead CSK this season as well after he emphatically declared before CSK's last league game of IPL 2020 that the match was "definitely not" his last in the yellow jersey.

(With inputs from ANI)

Chennai Super Kings Krishnappa Gowtham IPL 2021 IPL Auction 2021 Cricket
Get the latest updates on India vs South Africa and check out  Schedule, Results and Live Score. Like us on Facebook or follow us on Twitter for more sports updates. You can also download the NDTV Cricket app for Android or iOS.