IPL 2021 Auction: Shahrukh Khan was sold to Punjab Kings for Rs. 5.25 crore after coming into the auction at a base price of Rs. 20 lakh. 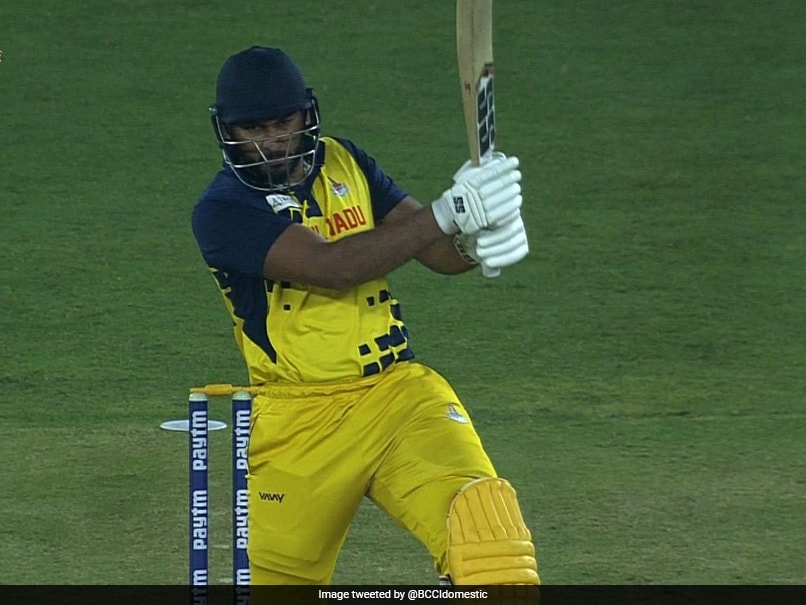 Shahrukh Khan, the 25-year-old batsman from Tamil Nadu, was bought by Punjab Kings for Rs. 5.25 crore at the IPL 2021 auction. Shahrukh came into the auction as an uncapped player at a base price of Rs. 20 lakh. Shahrukh made his T20 debut for Tamil Nadu in 2014 and since then he has played 31 T20s and scored 293 runs at 18.31 and a strike rate of 131.39. Punjab came into the auction with the highest salary cap of 53.2 crore and splurged on the uncapped player who is known for his big-hitting.

Shahrukh has also played first-class and List A cricket for Tamil Nadu. From five first-class games he has 231 runs at 33 with a best score of 92 and from 20 List A matches the right-handed batsman has scored 286 runs from 35.75.

However, it is in the shortest format of the game that he is valued the most. He recently smashed 40 not out off just 19 balls to win Tamil Nadu a Syed Mushtaq Ali tournament match against Himachal Pradesh.

His knock was studded with five fours and two sixes and helped Tamil Nadu make the semi-final of the tournament.

He could be best utilised by Punjab in the lower middle order as an out-and-out hitter. In the mould of Nicholas Pooran, who cleared the ropes with ease for Punjab last season, Shahrukh could use the long handle to good effect on friendly Indian pitches.

Punjab Kings Shahrukh Khan IPL 2021 Cricket IPL Auction 2021
Get the latest updates on Fifa Worldcup 2022 and check out  Fifa World Cup Schedule, Stats and Live Cricket Score. Like us on Facebook or follow us on Twitter for more sports updates. You can also download the NDTV Cricket app for Android or iOS.