IPL 2021: Axar Patel was the star with the ball for Delhi Capitals in their thrilling win over Chennai Super Kings on Monday. 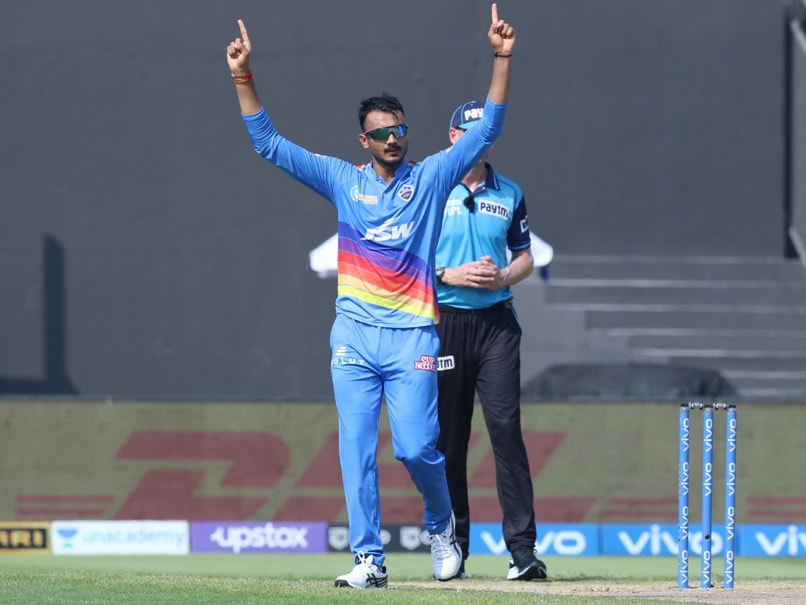 Delhi Capitals (DC) registered two back-to-back victories to claim the top spot in the points table in the ongoing Indian Premier League (IPL) 2021. The Rishabh Pant-led side registered hard-fought victories against Chennai Super Kings (CSK) and Mumbai Indians (MI) in their last two matches, in which left-arm spinner Axar Patel was the standout performer. Axar was the player of the match for Capitals in both games. He also achieved a milestone with his two back-to-back man-of-the-match awards, becoming the first spinner to do so in IPL since 2011.

"That feeling of becoming the first spinner to win consecutive MOTM awards in IPL, since 2011," tweeted Delhi Capitals with a smiling image of Axar Patel.

That feeling of becoming the first spinner to win consecutive MOTM awards in IPL, since 2011 😏#YehHaiNayiDilli #IPL2021 #DCvCSK pic.twitter.com/PQYn7f34AQ

Axar picked up two wickets and gave away just 18 runs in his four overs vs Chennai Super Kings to help Delhi Capitals restrict the MS Dhoni-led side to 136 runs for five in their allotted 20 overs. Delhi won that match in the final over by three wickets to go on top of the points table.

The 27-year-old was also the standout performer for his team in their clash against defending champions Mumbai Indians. Delhi Capitals, chasing 130 runs for the win, got over the line in the final over of the match.

In that game, Axar Patel registered figures of three for 21 runs in his quota of four overs.

The left-arm spinner is also in the Indian squad for next month's T20 World Cup and with such performances, Virat Kohli and the team management might think of giving him a place in the final XI.

Axar Patel
Get the latest updates on ICC Women's Cricket World Cup 2022 and IPL 2022, check out the Schedule , Live Score and IPL Points Table. Like us on Facebook or follow us on Twitter for more sports updates. You can also download the NDTV Cricket app for Android or iOS.