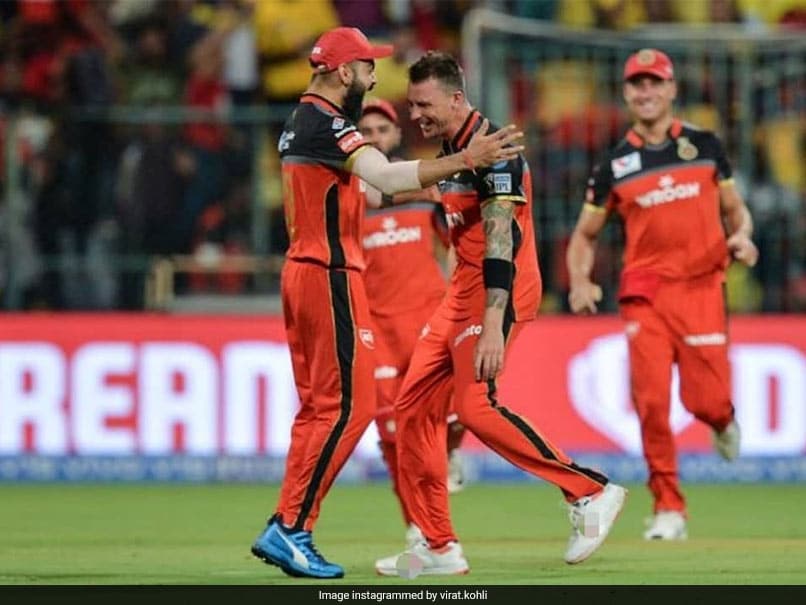 IPL 2021 will be the last time Virat Kohli leads the Royal Challengers Bangalore team and his former teammate at the franchise, Dale Steyn, feels it may be the right time for the Indian superstar to step aside as captain. On Sunday, Kohli had announced that he would be stepping down as RCB captain after the Indian Premier League (IPL) 2021 season. The South African fast bowler, who retired from the sport last month, said Kohli giving up the captaincy will help him "focus purely on his batting".

"I think sometimes now in this COVID time maybe as Parthiv referred to bubble-life, his family that he's got. It's a lot of responsibility - and playing for RCB before - you see Virat, he's in every advert and every meeting; he's just so busy. So maybe it is the right time for him to just put this aside and focus purely on his batting," Dale Steyn on Star Sports' 'Select Dugout'.

"You see the way that he plays, he's involved in everything, whether he's in Test matches when he's standing at first slip or even if he's at the cover, he wants the ball immediately when it goes to the keeper, he always wants to be involved," added Steyn.

Former India pacer Ajit Agarkar feels Kohli relinquishing his captaincy will have no impact on his energy and passion for the game.

"I think one of the things we've seen throughout his career, even when he wasn't the captain and when he played under MS Dhoni quite a bit, the energy and the passion still seemed the same. I can't imagine it changing just because he's not the captain and just being one of the guys," said Agarkar.

Kohli's RCB announcement came just days after he had issued a statement to inform that he will be giving up Team India's T20I captaincy after the ICC T20 World Cup.

Kohli though will continue to lead the Indian team in Tests and ODIs.

Kohli's last hurrah as RCB captain got off to a tumultuous start with the team losing its opening match of the UAE leg.

Dale Steyn IPL 2021 Cricket
Get the latest updates on T20 World Cup, check out the T20 World Cup Schedule and Live Score . Like us on Facebook or follow us on Twitter for more sports updates. You can also download the NDTV Cricket app for Android or iOS.