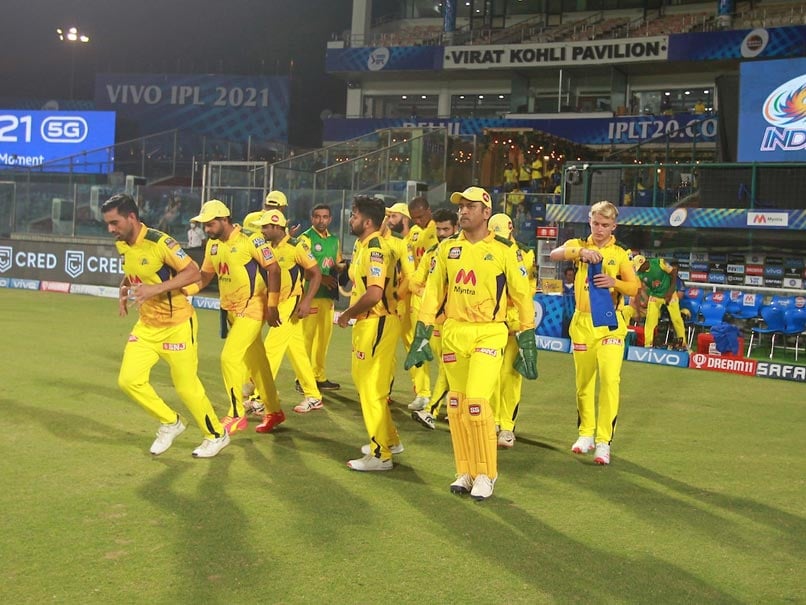 A COVID-19 outbreak left the Indian Premier League on tenterhooks as Kolkata Knight Riders' Varun Chakravarthy and Sandeep Warrier tested positive for the dreaded virus, forcing postponement of the team's game against Royal Challengers Bangalore in Ahmedabad this evening. The match will be rescheduled some time later during the tournament, which will conclude on May 30. Apart from this, it also came to light that Chennai Super Kings CEO Kasi Viswanathan, bowling coach L Balaji and a lower rung staff member tested positive on Sunday but returned negative reports on Monday.

A top BCCI source declared theirs as a case of "false positives".

"Varun Chakaravarthy and Sandeep Warrier were found to be positive in the third round of testing in the last four days. All other team members have tested negative for COVID-19," the league, which features the biggest names in international cricket, said in a press release.

Additionally, a few groundsmen at Delhi's Feroz Shah Kotla Stadium, which is due to host Mumbai Indians vs SunRisers Hyderabad on Tuesday, have also tested positive for the virus.

However, Delhi and Districts Cricket Association (DDCA) chief Rohan Jaitley said "none of the groundsmen on duty" are among them.

The BCCI continued to insist that the league will go on but Monday's developments have definitely cast a shadow on how the COVID-19 threat would be managed for an event being staged across six venues.

Leg-spinner Chakravarthy and pacer Warrier, both 30, have been isolated and the rest of the KKR contingent has returned negative reports for now. Of the two, Warrier has not yet made the playing XI in any of the seven matches KKR have played.

"The Medical Team is in continuous touch with the duo and are monitoring their health. Meanwhile, the Kolkata Knight Riders have now moved towards a daily testing routine to identify any other possible cases and treat them at the earliest," the IPL stated.

"The Medical Team is also determining the close and casual contacts of the two positive cases during the 48 hours prior to collection of the sample that returned the positive test results," it added.

KKR last played on April 29 against Delhi Capitals in Ahmedabad and the development is bound to trigger anxiety in the league, which had been going along smoothly so far in a bio-secure bubble in front of empty stands.

"Now, the DC players (currently in Ahmedabad) will also have to be tested and every member of the team contingents that came in contact with Chakravarthy and Warrier will also be contact traced through the app watch that has been given to everyone," a BCCI source said.

According to IPL's Standard Operating Procedure for COVID-19 management, any close contact of an infected person has to isolate for six days and return three negative tests on days 1, 3 and 6.

It is learnt that KKR's pace spearhead Pat Cummins revealed the latest development to all the Australian players in the IPL after Chakravarthy, while undergoing some shoulder scans for a niggle after Thursday's game, tested positive for the virus.

Chakravarthy has appeared in all of KKR's matches so far and been one of their most successful players with seven wickets under his belt.

KKR and CSK had clashed on April 21 in Mumbai.

IPL had dealt with positive cases before the tournament started, including some high-profile names like Axar Patel and Devdutt Padikkal.

However, this is the first instance of positive cases in the middle of the tournament.

"The BCCI and the Kolkata Knight Riders prioritise the health and safety of everyone involved and all measures are being taken in that endeavour," the IPL stated.

Just days before this, three Australian players had pulled out of the league, citing COVID-19 concerns amid a devastating second wave of the global pandemic that has overwhelmed the medical infrastructure of the country.

India is currently recording over 3 lakh cases everyday and more than 3,000 daily deaths.

Chennai Super Kings IPL 2021 Cricket
Get the latest updates on ICC T20 Worldcup 2022, check out the Schedule and Live Score. Like us on Facebook or follow us on Twitter for more sports updates. You can also download the NDTV Cricket app for Android or iOS.