While Rahul Tripathi and Venkatesh Iyer were going great guns for KKR in the chase vs MI, former India batter Aakash Chopra decided to drop two big predictions on Twitter. 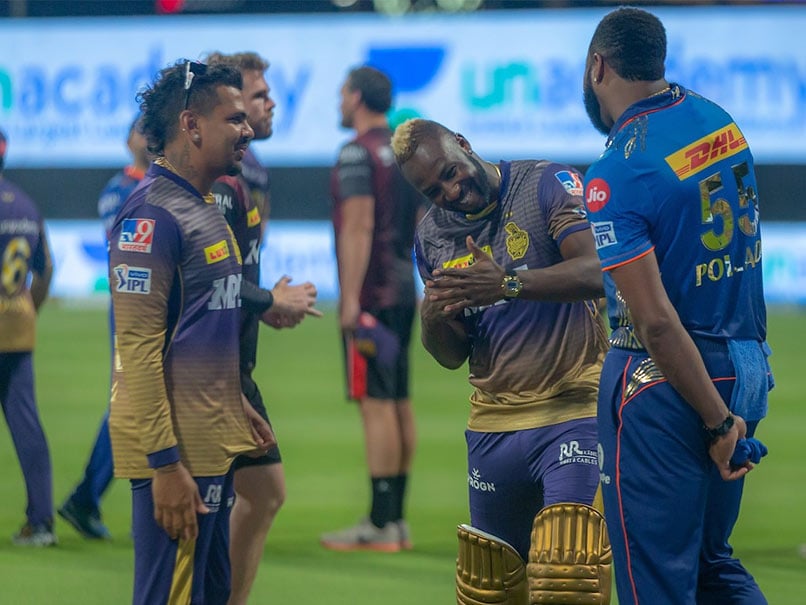 Kolkata Knight Riders pulled off yet another impressive win as they outclassed defending champions Mumbai Indians by seven wickets in Abu Dhabi on Thursday to climb to fourth on the IPL points table. The victory was KKR's second of the UAE leg, having thrashed Virat Kohli's Royal Challengers Bangalore (RCB) earlier. During the chase, KKR batters Rahul Tripathi and Venkatesh Iyer made mince meat of MI's famed bowling line-up as Eoin Morgan's team overhauled the target with just under 5 overs remaining. While Tripathi and Iyer were smashing the MI bowlers to all parts of Abu Dhabi, former India batter Aakash Chopra decided to drop two big predictions on Twitter.

Chopra's first big prediction was that KKR, who are currently fourth on the IPL points table, will be one of the finalists this season.

#KKR is playing the finals this season #IPL2021 #CricketTwitter

Minutes after his KKR prediction, the former India cricketer tweeted saying that he "won't be surprised" if defending champs Mumbai Indians don't qualify for the playoffs.

And won't be surprised if #MI doesn't qualify for the playoffs. #IPL2021

The Covid-enforced break and a change of scenery have done wonders for the KKR team that had won just two matches out of the seven they had played during the India leg.

KKR are currently tied on eight points with two other teams -- Rajasthan Royals and Mumbai Indians -- but are ahead of both of them thanks to a better net run-rate.

Rajasthan, however, have played one match less than KKR and MI and if they win their match in hand against Delhi Capitals on Sunday then they could go as high as third in the table, depending on the outcome of the RCB vs CSK match later today.

Mumbai, on the other hand, have lost both their matches in UAE so far and need big improvements in the upcoming matches if they are to make it to the playoffs.

Kolkata Knight Riders Aakash Chopra Rahul Tripathi Venkatesh Iyer IPL 2021 Cricket
Get the latest updates on ICC Women's Cricket World Cup 2022 and IPL 2022, check out the Schedule , Live Score and IPL Points Table. Like us on Facebook or follow us on Twitter for more sports updates. You can also download the NDTV Cricket app for Android or iOS.