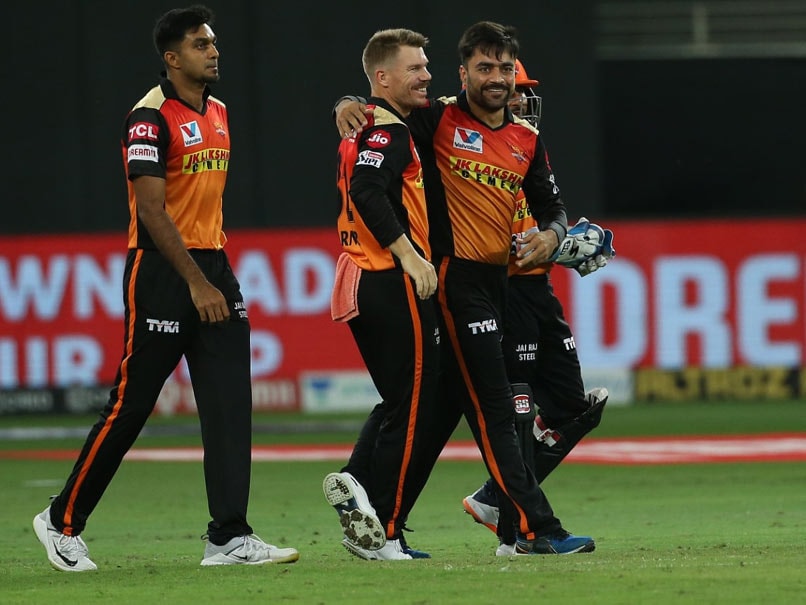 SunRisers Hyderabad thrashed Delhi Capitals by 88 runs in Dubai on Tuesday to keep their IPL 2020 campaign alive. Defending a mamoth score of 219 for 2, Sandeep Sharma got Shikhar Dhawan dismissed for a duck to give SRH a good start. Shahbaz Nadeem dismissed Marcus Stonis (5) in the second over to put SRH on top. Ajinkya Rahane (26) and Shimron Hetmyer (16) got DC past 50 but Rashid Khan sent back both of them in one over to leave DC tottering. Captain Shreyas Iyer (7) fell, too, and DC were in all sorts of trouble. They never recovered from there as Axar Patel (1) and Kagiso Rabada (3) fell cheaply, leaving Rishabh Pant (36) at the other end with an improbable task at hand. Pant fell in the death overs and it was all over for DC soon as they were bowled out for 131 in 19 overs. Rashid Khan was miserly with figures of 3 for 7 in four overs. Earlier, DC won the toss and elected to field against SRH in Match No. 47 and David Warner (66) and Wriddhiman Saha (87 off 45) took SRH to 219 for 2. (SCORECARD)

Kagiso Rabada IPL 2020 Sunrisers Hyderabad vs Delhi Capitals, Match 47 Cricket Live Score Live Cricket Score Live Blogs
Get the latest updates on Fifa Worldcup 2022 and check out  Fifa World Cup Schedule, Stats and Live Cricket Score. Like us on Facebook or follow us on Twitter for more sports updates. You can also download the NDTV Cricket app for Android or iOS.