Delhi Capitals had a notorious bunch in their midst that photo-bombed their team group picture. 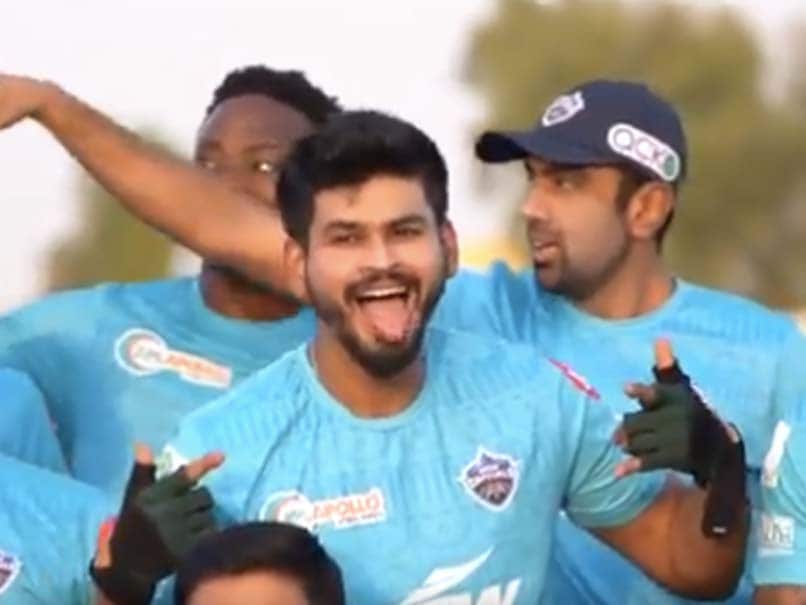 The mischief mongers, led by skipper Shreyas Iyer, at Delhi Capitals (DC) had a field day during a team grouping as Iyer, Shikhar Dhawan, Kagiso Rabada and Ravichandran Ashwin did their own sweet things to photo bomb a team picture and everyone was better off for the laughter. Ashwin and Rabada started off by playing around with assistant coach Mohammad Kaif before Iyer and Dhawan went overboard with impromptu dance moves and gestures that threw Ashwin off guard. The flummoxed off-spinner could only afford a smile in the end as he saw two of his teammates in their elements. Delhi Capitals had an apt caption for the caricature: “Last benchers as soon as the teacher turns toward the blackboard.”

DC finished third in IPL 2019 and narrowly missed out on their maiden IPL final after losing to Chennai Super Kings in Qualifier 2.

Coached by Ricky Ponting, Delhi go into IPL 2020 with a power-packed top order with the likes of Dhawan, Prithvi Shaw, Rishabh Pant and Shimron Hetmyer in the squad.

Ashwin, Amit Mishra and Axar Patel form the spin troika for Delhi while Rabada and Ishant Sharma will lead the pace attack.

IPL has been moved out of India to the UAE due to the impact of the COVID-19 pandemic back home.

Kagiso Rabada IPL 2020 Cricket
Get the latest updates on ICC T20 Worldcup 2022, check out the Schedule and Live Score. Like us on Facebook or follow us on Twitter for more sports updates. You can also download the NDTV Cricket app for Android or iOS.