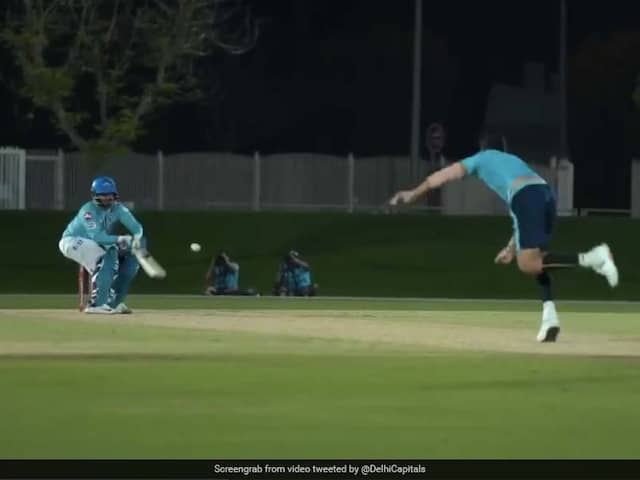 Delhi Capitals' Rishabh Pant is known for playing extraordinary shots on the field and the wicketkeeper-batsman surprised one and all during a net session at the Sharjah cricket ground. The Delhi-based franchise took to Twitter to share a video of Rishabh Pant playing a reverse ramp off Ishant Sharma. "What to Expect When Rishabh's Batting Chapter 1," Delhi Capitals captioned the short clip on Twitter. Soon after the Delhi Capitals posted the video, fans applauded the 22-year-old and termed his innovative batting as "Pant power".

Delhi Capitals also posted another video of Pant where the left-handed batsman was seen lighting up the stadium with huge sixes.

Pant was one of Delhi's best performers with the bat last season, scoring 488 runs from 16 matches. He averaged 37.57 and managed a strike rate of over 162.

Delhi Capitals are one of the three sides in the tournament who are yet to get their hands on the IPL trophy.

Delhi's last group stage fixture will be against Royal Challengers Bangalore on November 2.

The 13th edition of the cash-rich league was moved out of India due to the rising coronavirus cases in the country.

As per a BCCI release, the schedule for the play-offs and final of IPL 2020 will be announced later.

Ishant Sharma Cricket IPL 2020
Get the latest updates on IPL 2020, check out the IPL Schedule for 2020 and Indian Premier League (IPL) Cricket live score . Like us on Facebook or follow us on Twitter for more sports updates. You can also download the NDTV Cricket app for Android or iOS.