IPL 2020, RR vs DC, Rajasthan Royals vs Delhi Capitals: Players To Watch Out For

IPL 2020, RR vs DC: Rajasthan Royals need their big guns to boom, while Delhi Capitals seem to have found a good combination of batsmen and bowlers in form at the same time. 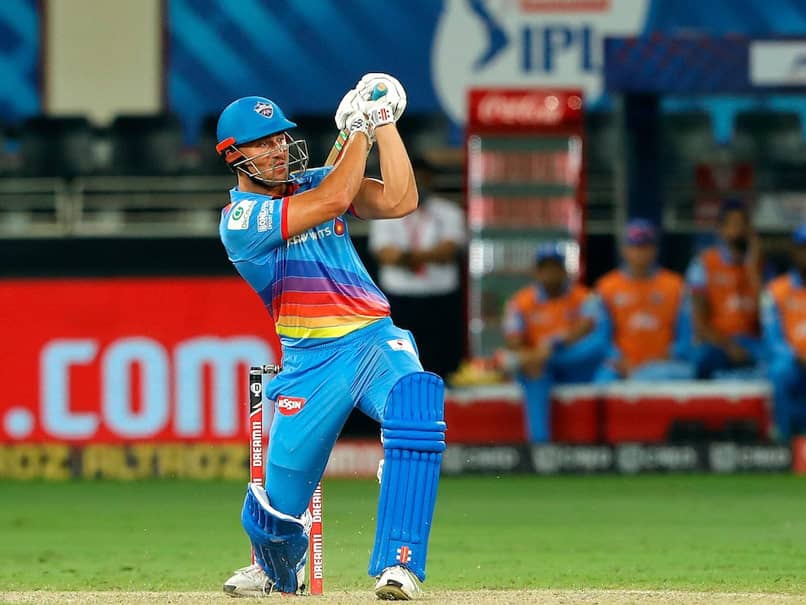 RR vs DC: Marcus Stoinis has provided the fireworks at the back end of the Delhi Capitals' innings.© BCCI/IPL

Rajasthan Royals (RR) started IPL 2020 with back-to-back wins with Sanju Samson making a splash. However, it's all gone south quickly for Steve Smith and his team as three consecutive losses has seen the side drop to seventh in the IPL Points Table. After his bright start, Samson too has completely gone off the boil, just like Smith. For Delhi Capitals, the story has been completely different. They started with a lucky win over Kings XI Punjab, and barring a defeat to SunRisers Hyderabad, they have gone from strength to strength. Delhi have four out of the five matches they have played so far, and a win today will see them leapfrog Mumbai Indians into first place.

Sanju Samson: The Kerala star started the tournament with a bang with scores of 74 and 85. But as the tournament has progressed it's gotten worse for him. After the opening two matches, Sanju Samson has scores of 8 and 4, and was dismissed for a duck in the previous match against Mumbai Indians. With a total of 171 runs in five matches, Samson remains the highest run-getter for RR but that's little consolation with the rest of the team also struggling with the bat.

Jos Buttler: The Englishman missed the first match and then did little of note in the three matches he played. However, he came out all guns blazing against Mumbai Indians to finally make his presence felt in the tournament. The wicketkeeper-batsman smashed 70 off just 44 balls but that still wasn't enough for RR as they were packed off for a paltry 136.

Jofra Archer: The young England pacer has been far from his best, taking five wickets in five matches. He has so far gone under radar, with the likes of Kagiso Rabada, Jasprit Bumrah and Trent Boult among others taking centre stage. Archer, though, has been relatively economical, going for 7.10 per over. Rajasthan need a royal performance from their strike bowler, sooner rather than later.

Shreyas Iyer: The Delhi Capitals skipper has led from the front, and is currently the top run-getter for his team in IPL 2020. Iyer has scored a total of 181 runs in five matches at an average of 45.25, at a strike-rate of 143.65. Iyer, though, has only one half-century -- an unbeaten 88 against KKR. He has had starts in other games but failed to make it count.

Marcus Stoinis: The Australian all-rounder has been the surprise package for Delhi Capitals. Before the start of IPL 2020, Stoinis had one half-century to his name in the Indian Premier League. He already has two this season, and both have put Delhi in winning positions. He has been handy with the ball too, taking three wickets.

Kagiso Rabada: The South African fast bowler has been sensational so far this season. Unplayable at times, Rabada has taken 12 wickets in five matches at an average of 12.50 and a strike rate of 10.00. The pacer has been the biggest plus in the Delhi Capitals team in IPL 2020 and his teammates will be hoping, he continues to torment the opposition and takes them to the playoffs.

Kagiso Rabada IPL 2020 Rajasthan Royals vs Delhi Capitals, Match 23 Cricket
Get the latest updates on IPL 2020, check out the IPL Schedule for 2020 and Indian Premier League (IPL) Cricket live score . Like us on Facebook or follow us on Twitter for more sports updates. You can also download the NDTV Cricket app for Android or iOS.