IPL 2020, RR vs CSK: Sanju Samson has the ability to play big shots at will and is known for converting his starts into a big score, while Deepak Chahar has all the weapons in his arsenal to stop him in his tracks. 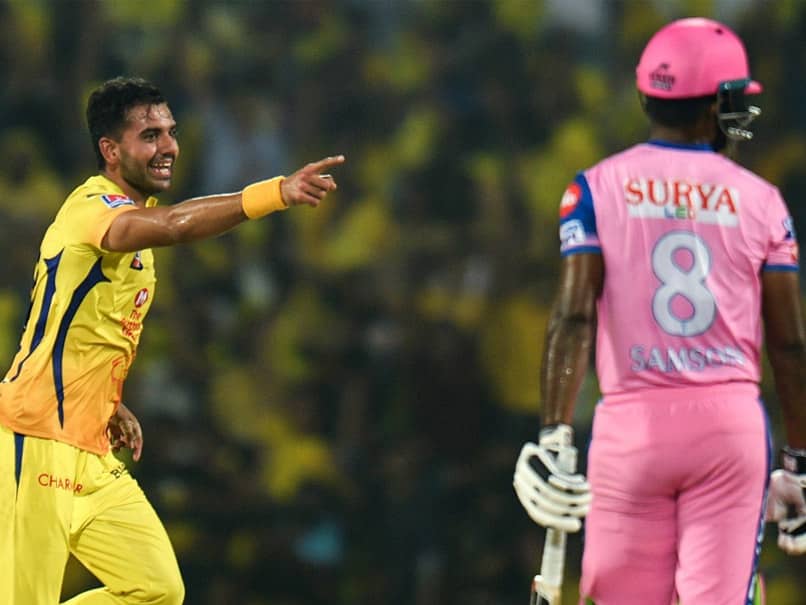 IPL 2020, RR vs CSK: Battle between Deepak Chahar and Sanju Samson could be the one to watch out for.© AFP

Chennai Super Kings (CSK), after starting their IPL 2020 campaign with a morale-boosting win over Mumbai Indians, will travel to Sharjah to face Rajasthan Royals, who will be playing their first league game of this season. While both teams have several players in their ranks who can win matches single-handed, it will be interesting to see who comes out on top. Among many mini-battles that are expected during the game, the one to watch out for is definitely the between CSK fast bowler Deepak Chahar and Rajasthan Royals wicketkeeper-batsman Sanju Samson, who are regarded as among the best Indian talents in the IPL.

With over 2,200 runs from 93 games, the Kerala batsman is a vital cog in Rajasthan Royals' batting line-up. From a rookie to being a leader within the group, Samson has contributed immensely to the team's cause, especially in the last three editions, scoring in excess of 340 runs in each season.

Once set, Sanju Samson has the ability to play big shots at will and convert his starts into a big score. If he comes out to bat in the powerplay, the onus of applying a brake on his inning will be on CSK's new-ball bowler Deepak Chahar, whose consistent performances in the IPL helped him earn a maiden call-up to the Indian team in 2018.

With 35 wickets from as many games, he has earned the status of CSK's strike bowler, with MS Dhoni relying on him to get the wickets upfront. Despite opening the bowling for CSK, he was on fire last year picking up 22 wickets, conceding just 7.47 runs per over.

Samson has the responsibility to shoulder Rajasthan Royals' innings through the middle overs and build a solid foundation for a big total, and while he has all the cricketing shots in the books to do that, he would have to be wary of Deepak Chahar whose variations will be a tough nut to crack.

Sanju Samson IPL 2020 Rajasthan Royals vs Chennai Super Kings, Match 4 Cricket
Get the latest updates on IPL 2020, check out the IPL Schedule for 2020 and Indian Premier League (IPL) Cricket live score . Like us on Facebook or follow us on Twitter for more sports updates. You can also download the NDTV Cricket app for Android or iOS.