Rohit Sharma and wife Ritika Sajdeh are in the UAE with their daughter ahead of IPL 2020. 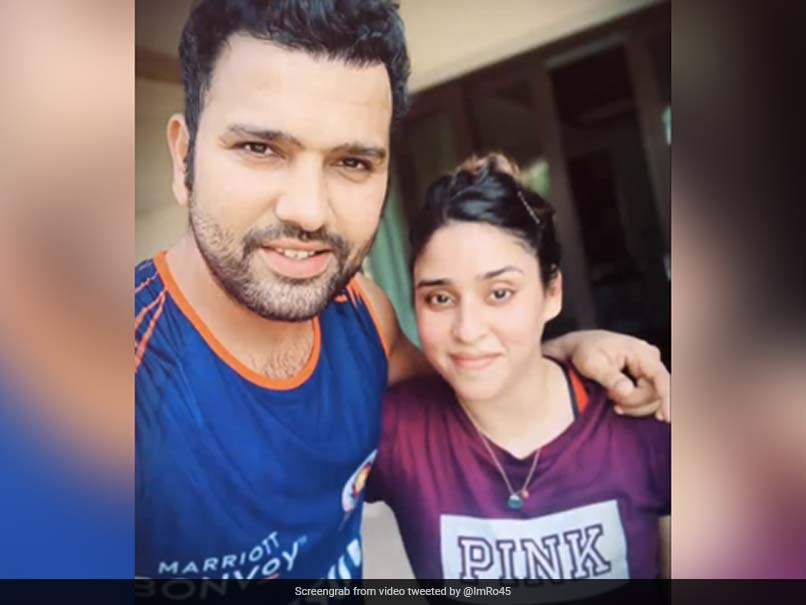 Rohit Sharma and his wife Ritika were seen working out in a video shared by the batsman on Twitter.© Twitter

Rohit Sharma took to Twitter to share a video on Tuesday of him working out with wife Ritika Sajdeh. In the video, the couple can be seen doing various exercises in a bid to stay fit. Rohit Sharma, in the caption of his tweet wrote, "Stronger together". The Mumbai Indians captain keeps sharing fun videos on his social media platforms for his fans on a regular basis. Rohit Sharma is training hard to be in his best shape for the upcoming edition of the Indian Premier League (IPL).

Rohit along with his wife Ritika and daughter Samaira reached Abu Dhabi on Sunday for the upcoming edition of the IPL.

The right-handed batsman is one of the most successful captains in the history of the IPL. Sharma has led Mumbai Indians to four IPL titles as the team's skipper. The Mumbai based franchise had defeated Chennai Super Kings last year in a thrilling final by one run to win the cash-rich league.

The IPL was originally scheduled to begin from March 29 year this year but due to the coronavirus pandemic, the Board of Control for Cricket in India (BCCI) decided to postpone the event. Due to the rising number of coronavirus cases in the country, BCCI decided to shift the tournament to UAE for this year.

This year's IPL will begin from September 19 and the final will be played on November 10.

Chennai Super Kings BCCI Cricket
Get the latest updates on India vs South Africa and check out  Schedule, Results and Live Score. Like us on Facebook or follow us on Twitter for more sports updates. You can also download the NDTV Cricket app for Android or iOS.