"Virtual Hug To All": Rohit Sharma's Message To Fans After Winning Khel Ratna

India's ODI vice-captain Rohit Sharma on Saturday dedicated his Khel Ratna award to all his fans for their unwavering support, saying this "wouldn't have been possible" without them. 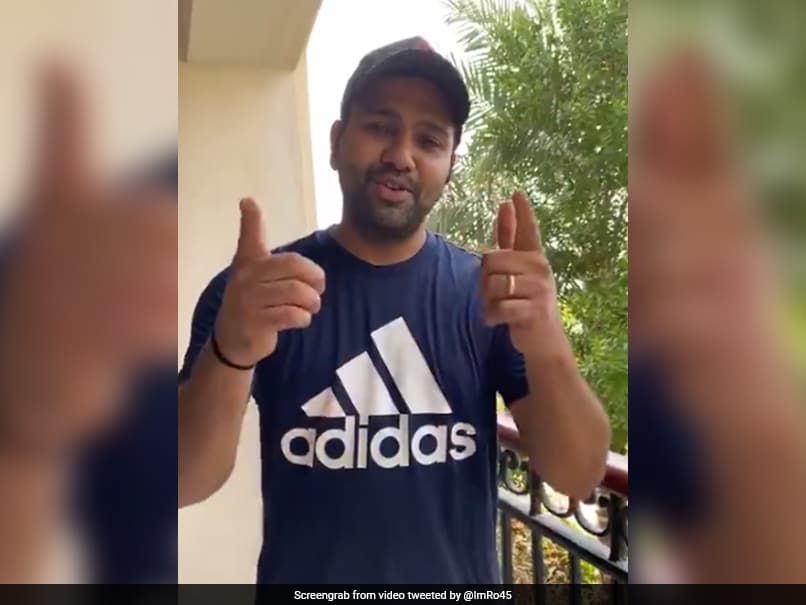 India's ODI vice-captain Rohit Sharma on Saturday dedicated his Khel Ratnaaward to all his fans for their unwavering support, saying this "wouldn't have been possible" without them. Rohit, along with paddler Manika Batra, women's hockey captain Rani Rampal, wrestler Vinesh Phogatand para-athlete T Mariyappan were this year awarded the country's highest sporting honour.

"It's been a wonderful ride and to receive such a sporting honour is a great privilege and I am very happy about it and I owe this to you all. Without your support, it wouldn't have been possible," India's white-ball vice-captain said on Twitter.

Thank you for all your wishes and lots of love. pic.twitter.com/vbKaTbfwd7

Rohit is the fourth cricketer after Sachin Tendulkar, Mahendra Singh Dhoni and Virat Kohli to receive the prestigious award.

"Keep supporting and I promise to bring much more laurels for the country. "Since we are practising social distancing, a virtual hug from me to all of you guys," said the man who hit an unprecedented five hundreds in a single ODI World Cup during the 2019 edition in England.

Ever since the Sports Ministry announced winners' names on Friday, wishes have poured in large numbers. Earlier in the day, the Board of Control for Cricket in India (BCCI) wished Rohit through a social media post highlighting some of his outstanding achievements in international cricket so far.

Many other former and current players also took to social media to wish the the Mumbai Indians skipper for winning country's highest sporting honour.

Mumbai Indians Cricket
Get the latest updates on India vs South Africa and check out  Schedule, Results and Live Score. Like us on Facebook or follow us on Twitter for more sports updates. You can also download the NDTV Cricket app for Android or iOS.