Vinesh Phogat has announced that she will not be travelling to Lucknow for the national camp due to the coronavirus pandemic. 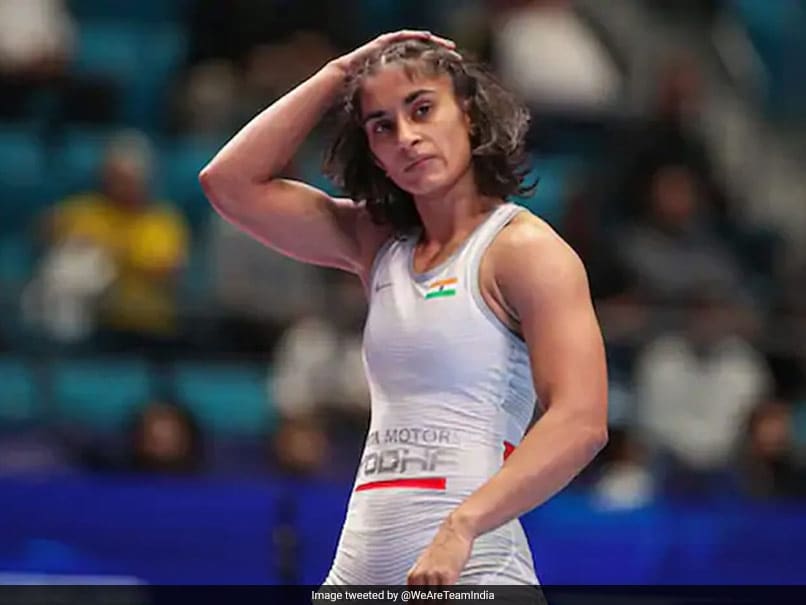 Vinesh Phogat, the only Indian woman wrestler to have qualified for Tokyo Olympics, has pulled out of the national camp citing health safety concerns amid the COVID-19 pandemic, a decision which has irked the national federation. The rescheduled national camp for Olympic weight category wrestlers is set to begin from September 1 in Lucknow (women) and Sonepat (men). However, Vinesh is not comfortable travelling to Lucknow as she is fearful of her health amid the raging pandemic.

"I am not going to attend the camp. I am training every day with coach Om Parkash, who follows the plan which my personal coach Woller Akos sends me every week. The situation is not good to travel to Lucknow," Vinesh told PTI.

The 2019 World Championship bronze-medallist said she "falls sick very easily" so she does not want to take a chance with her health.

"My stomach is pretty sensitive. You can't go out of the SAI centre in Lucknow, so you can't get yourself a few things which you need. In Lucknow, cases are rising but it's safe in Haryana, so I am more comfortable here."

The Wrestling Federation of India (WFI) is not impressed with reasons given by the Asian Games gold-medallist.

"The selection committee will decide if Vinesh will get exemption or not. The camp is for players. We want preparation to kick off now for Olympics," said a WFI Assistant secretary Vinod Tomar.

"We are not running a shop for our benefit, the camp is for players and when they express such apprehensions, it's a bit surprising," he added.

When asked about Sushil Kumar being given exemption to stay and train at the Chhatrasal stadium, instead of the national camp, Tomar said, his case is "different".

"We know that Chhatrasal is a huge facility. There is a gym, mats and enough training partners for Sushil. We don't know at which Akhada Vinesh is training, what kind of facilities are there," he said.

"The SAI has supported these players with TOPS and many exposure trips. They should think about it."

"We can actually think about it. But we will also let the upcoming wrestlers in 53kg (Vinesh's category) to be at camp. After all, we have to look at 2024 as well," said Tomar.

The men's freestyle camp will begin with all six Olympic weight categories, including the 65kg in which medal hopeful Bajrang Punia competes.

"Bajrang will be there in Sonepat for the camp along with his personal coach Shako Bentinidis. Only Sushil has got exemption," said Tomar.

Bajrang is training at the Inspire Institute for Sports (IIS) in Bengaluru with Bentinidis and fellow wrestler Jitender Kumar, who competes in Sushil's category (74kg).

With Nar Singh Yadav also coming back after serving his four-year doping ban, the 74kg has become more competitive.

It will be interesting to see who prevails in trials for Olympic qualification tournaments, next year.

Comments
Topics mentioned in this article
Wrestling Sushil Kumar Bajrang Punia
Get the latest updates on India vs South Africa and check out  Schedule, Results and Live Score. Like us on Facebook or follow us on Twitter for more sports updates. You can also download the NDTV Cricket app for Android or iOS.