Andrew Cook, whose tenure as Indian women's wrestling coach ended abruptly, said he does not know where he went wrong and that it was not just a salary issue. 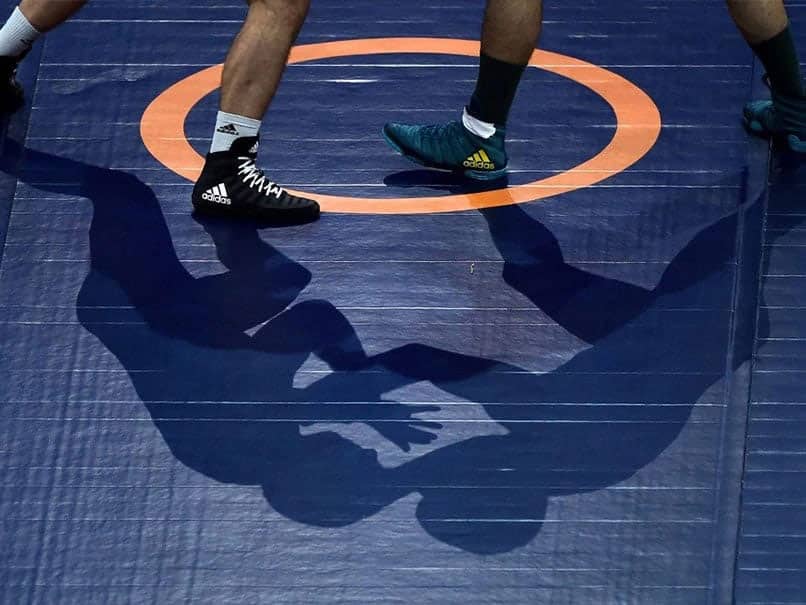 Andrew Cook praised the bunch of Indian wrestlers who trained under .© AFP

"Burned deeply" by his abrupt exit as Indian women's wrestling coach, Andrew Cook is still trying to figure out what went wrong in his stint during which he did what was required of him. The American had joined the national camp in early 2019 but fell out with the Sports Authority of India (SAI) and Wrestling Federation of India (WFI) after he left for Seattle due to the COVID-19 pandemic. He thus joined a long list of foreign coaches who left after struggling to cope with a system, which is "completely different" from many other nations.

"When I left, we were on a high we had just crushed history with 8 medals at the Asians and had a good bit of momentum heading into the qualifying events. Then the pandemic came, within a blink everything changed. Now I have a sour taste as I was blind-sided by this situation," Cook told PTI from Seattle.

"I really loved India for the rich culture and the food was so amazing. I'm still eating it here in the USA. The athletes were for the most part good to me, but unfortunately, I don't think I would return as a coach to India.

"This country has burned me pretty deeply and I don't ever want to experience anything like that again in my life."

WFI had said that Cook refused to participate in the online session conducted by the SAI. However, Cook said he woke up as early as 3am to help conduct the session, a claim which was verified positively by SAI's own coaches.

Cook said he does not know where he went wrong and that it was not just a salary issue.

WFI sources had said that the federation did not want to pay a hefty salary to a coach who was not in the country for a camp.

"Honestly I don't know how things went wrong it was very odd, I was in constant contact, did all of the things they asked even attending all the classes at 3am my time it was very hard on me with no normal sleep and trying to be alert during the meetings.

"They asked me to run a program for all of India and I did again this was at 3am my time it had great feedback then the next thing I hear from the media they let me go. All I can think is they didn't want to pay me anymore even as small of a salary as I had."

"Still as of now I haven't had any official message to tell me anything about my situation from either SAI of WFI. The system is broken in India unfortunately. I'm sad to go but very relieved," he lamented.

He might be disappointed by the way the authorities treated him but Cook praised the bunch of Indian wrestlers who trained under him. However, he doubts if the "good work" done by him will find continuity.

"The standard of wrestling in India is very good, it's tradition and history make it so. Yet the finite techniques and strategies that are critical for high level success is missing.

"I started to implement these changes and the athletes we're starting to translate the training to competition that is where the results came from. So yes I saw issues and we were addressing them and finding new success. Will the success continue is hard to say, I can only hope for them."

It was also claimed that what angered the SAI was that Cook had refused to speak on the selection process in the USA during one of the online sessions. Cook had asked to change the topic.

When asked to compare the wrestling system in USA and India, Cook said they are "completely different"."

"The United States is free market system not controlled by the government which is not the case in India. In the USA there is no formal selection process, it's done through the school system. Within the international styles it's up to the individual club or family to get the athletes to events for competition and if you win you are in.

"It doesn't matter where you're from or what your background is. It's a fair system. It is flawed in ways, yes of course, but it's a free system and the government doesn't have any say in an athlete's career unlike India."

Talking about the future of Indian women wrestling, Cook said it's far from matching powerhouses like Japan.

"Truthfully probably not going to be catching Japan or any of the free market countries like USA any time soon. With the government in control, its politics will crush the Indian dream, like my situation they had no reason to sack me."