Rohit Sharma, amidst all the hullabaloo regarding his exclusion from the India's squad for Australia tour, spent a "nice and relaxed evening at the beach" with his life-partner Ritika Sajdeh. 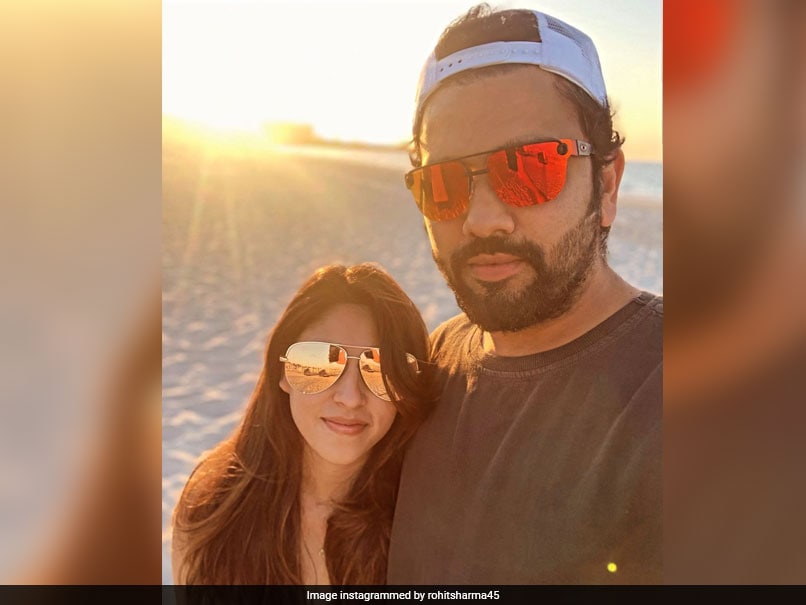 Rohit Sharma and his wife Ritika relaxed at the beach.© Instagram

Mumbai Indians skipper Rohit Sharma, amidst all the hullabaloo regarding his exclusion from the India's squad for Australia tour, spent a "nice and relaxed evening at the beach" with his life-partner Ritika Sajdeh. Rohit Sharma was not named in any of the three squads for the forthcoming tour Down Under, announced on Monday by the BCCI. Soon after his exclusion, defending champions Mumbai Indians shared a few pictures and a video of their skipper practicing in the nets, which left fans scratching their head.

Nice and relaxed evening at the beach

Reacting to Rohit's omission, Indian batting great Sunil Gavaskar said that his injury status deserves a little bit of transparency. He pointed that if Rohit can practice in the nets for Mumbai then what was the actual reason behind his exclusion.

"Little bit of transparency and little bit of openness about what actually is the problem with him will help everybody," the former opener said on Star Sports.

"It's the Test matches. They start around the 17th of December, one and a half month away. If he's practicing in the nets for Mumbai Indians, then I don't know what kind of an injury it is," Gavaskar quipped.

Rohit has missed Mumbai's last two league games in the ongoing IPL with a hamstring injury, with Kieron Pollard taking over the leadership role.

Mumbai Indians are currently sitting pretty at top of the points table, having won seven out of 11 games this season. They are tied on points with Delhi Capitals and Royal Challengers Bangalore but their superior net run-rate has worked to the advantage.

On Wednesday, Mumbai Indians will go against Virat Kohlli's RCB at the Sheikh Zayed Stadium, Abu Dhabi. With a win, Mumbai would strengthen their position as the league leaders, while RCB will have the opportunity to displace from them from the top, which makes it a crucial encounter for both sides.

Rohit Sharma IPL 2020 Cricket
Get the latest updates on IPL 2021, check out the IPL 2021 Schedule and Indian Premier League Live Score . Like us on Facebook or follow us on Twitter for more sports updates. You can also download the NDTV Cricket app for Android or iOS.