IPL 2020: Rohit Sharma Gets "Perfect Send Off" From Daughter Samaira For First Day Of Training

Rohit Sharma shared an adorable picture with his daughter Samaira on Instagram. 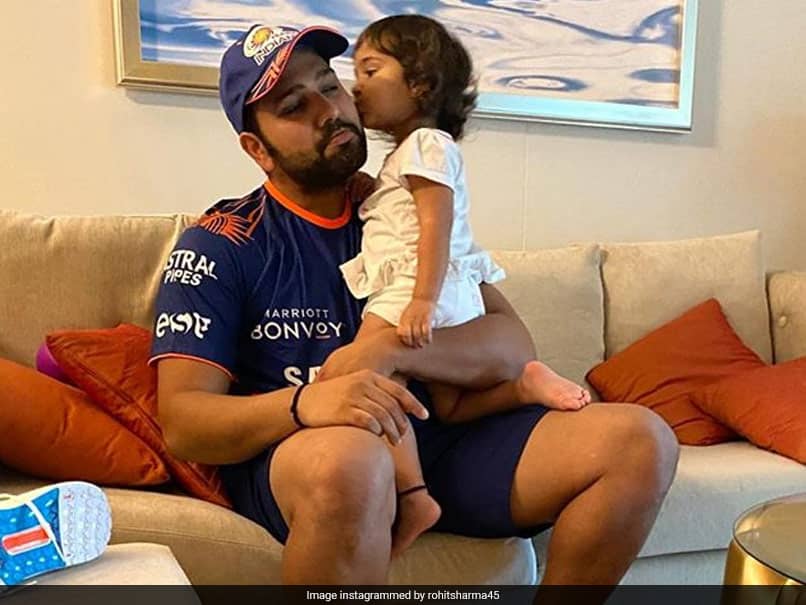 Rohit Sharma landed in the UAE with his family on August 21.© Instagram

Rohit Sharma, who will lead Mumbai Indians in the upcoming edition of the Indian Premier League, took to Instagram to share an adorable picture with his daughter Samaira before he left for training in the United Arab Emirates. Samaira gave her father a peck on the cheek just before the Mumbai Indians skipper left for his first day of training. "Perfect send off for the first day of training," Rohit captioned the picture with his daughter on Instagram. Rohit arrived in the UAE with his family on August 21 for the IPL 2020.

Perfect send off for the first day of training

The Mumbai Indians skipper posed with his cricket bat and captioned the picture "Paltan, get ready."

Rohit, on Tuesday, shared a workout video of himself with his wife Ritika.

The IPL was moved out of the country due to rising cases of coronavirus in India.

The IPL 2020 kicks off on September 19 and the final of the tournament will be played on November 10.

All 60 matches will be played across three venues -- Dubai, Abu Dhabi and Sharjah.

Rohit is the most successful captain in the T20 tournament. The 33-year-old has four IPL titles to his name.

Mumbai Indians IPL 2020 Cricket
Get the latest updates on India vs England Series, India vs England , live score and IPL 2021 Auction . Like us on Facebook or follow us on Twitter for more sports updates. You can also download the NDTV Cricket app for Android or iOS.