IPL 2020, RCB vs KXIP: Virat Kohli termed the decision to send AB de Villiers at No.6 after the likes of Washington Sundar and Shivam Dube as a strategy to counter Kings XI Punjab's leg-spinners. 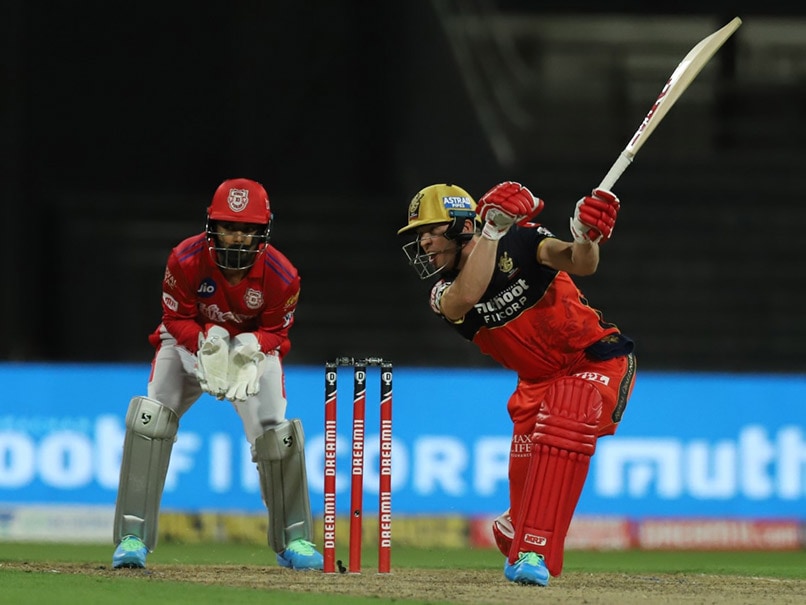 IPL 2020, RCB vs KXIP: AB de Villiers scored 2 runs off 5 deliveries after being sent down the order.© BCCI/IPL

Royal Challengers Bangalore (RCB) skipper Virat Kohli termed the decision to send South Africa batsman AB de Villiers at the No.6 position after the likes of Washington Sundar and Shivam Dube, as a strategy to counter the Kings XI Punjab (KXIP) leg-spinners. De Villiers scored just two runs off five deliveries after being sent down the order, having scored a game-changing half-century in the previous match against Kolkata Knight Riders (KKR). The cheap dismissal resulted in RCB posting a total of 171, despite being capable of reaching the 200-run mark considering the excellent form of the South Africa batsman. RCB recorded their third defeat in Indian Premier League (IPL) 2020, as Chris Gayle and KL Rahul scored half-centuries to help the Punjab-based franchise emerge victorious by a margin of eight wickets.

Virat Kohli stated that his side paid emphasis on ensuring a left hand-right hand combination, following discussion with the team management.

"We had a chat, a message from outside about left-right combination and we wanted to go with it because they had two leggies. Sometimes things don't come off," said Kohli during the post-match conference when enquired about the decision to send De Villiers down the order.

The RCB skipper expressed satisfaction with the decisions taken, terming 170 as a decent score. He further confirmed that there had been no conversation with spinner Yuzvendra Chahal, who bowled the final over of the second innings.

"We're pretty happy with the decisions we took. Having 170 was a decent score. There was no conversation between Yuzi and me to be honest. They kind of let us come back in the game, because I think it should have ended by the 18th over," added Kohli.

KXIP needed two to win off the last over, but Chahal bowled brilliantly, leading to the equating coming down to a run off the last delivery, almost leading to a Super Over, but Nicholas Pooran, who came in after Chris Gayle was run out, hit a six off the final delivery to seal the win for KL Rahul's team.

KXIP skipper KL Rahul was full of praise for veteran Chris Gayle, who played his first match in IPL 2020 and scored a game-changing half-century.

"Chris has not been feeling well but he's always been hungry. It was a tough call to make not to play someone like that. I won't take credit but it's important to keep the lion hungry sometimes. Wherever he bats, he's still the same player and it worked today," stated Rahul.

KL Rahul Cricket
Get the latest updates on India vs South Africa and check out  Schedule, Results and Live Score. Like us on Facebook or follow us on Twitter for more sports updates. You can also download the NDTV Cricket app for Android or iOS.