IPL 2020, MI vs KXIP: KXIP skipper KL Rahul praised star pace-bowler Mohammed Shami, who brought all his experience and class to the fore in a nail-biting historic thriller against MI. 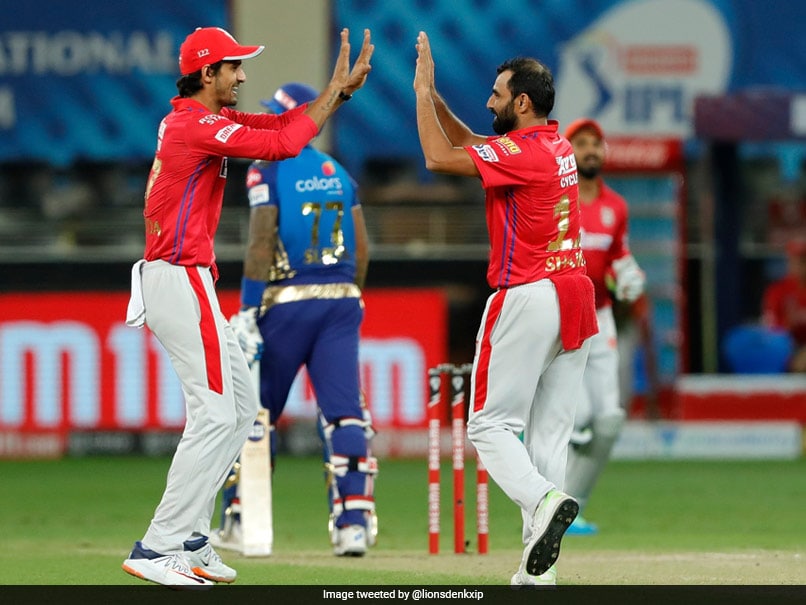 Kings XI Punjab (KXIP) skipper KL Rahul had words of praise for pace-bowler Mohammed Shami who made his presence felt in a nail-biting historic triumph against defending champions Mumbai Indians (MI). Shami was handed the responsibility of defending just six runs against star batsmen Rohit Sharma and Quinton de Kock during the first Super Over, which he executed to perfection restricting MI to just five. The Indian cricketer's brilliance helped KXIP make a fresh surge for supremacy in a historic second Super Over, which they took full advantage of. Chris Gayle and Mayank Agarwal combined to help the Punjab-based franchise get across the line, after being handed a target of 12 runs. The win has now propelled KXIP to the sixth position on the points table, which seemed like a difficult prospect at one stage.

"Shami was certain he wanted to go for six yorkers and he has been phenomenal for us. It is important senior guys put their hands up for us," said Rahul in the post-match conference while discussing the performance of his star bowler.

The KXIP skipper further expressed his happiness following the win which added two points to his side's tally. However, Rahul refused to read too much into the triumph, emphasizing that the players would look to "focus on the process and stay calm".

"It's not the first time, I'm getting used to it but we'll take the two points however they come. We still want to take it one game at a time and when you haven't won a lot in the first seven, every victory is sweet. The talk in the dressing room is to focus on the process and stay calm," he added.

Earlier, KXIP finished with a total of 176/6 with Rahul (77) leading from the front, after being handed a target of 177 runs. MI had posted a total of 176 runs for the loss of six wickets after skipper Rohit Sharma won the toss and opted to bat, following a fine 53 from wicketkeeper Quinton de Kock.