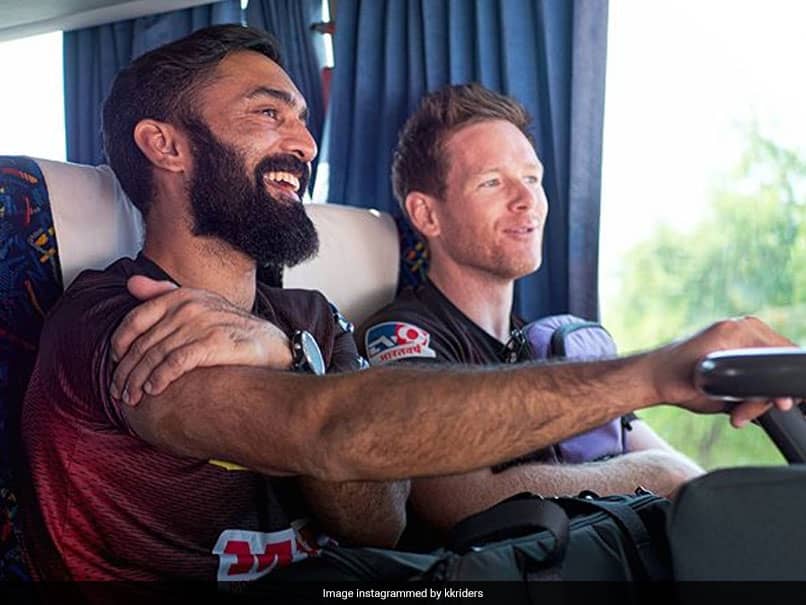 Eoin Morgan, England's World Cup-winning captain, was handed over the reins of Kolkata Knight Riders by Dinesh Karthik ahead of their Indian Premier League (IPL) game against Mumbai Indians on Friday. At the toss, Eoin Morgan described the move from Dinesh Karthik as "incredibly selfless" while praising the franchise for creating an environment that lets individuals express themselves. "DK informed yesterday that he would like to step back and focus on his batting as he feels that's the best option for the team. It's incredibly selfless and it also shows a lot of courage from him to do that, putting the team first ahead of him being skipper," Morgan said at the toss at the Sheikh Zayed stadium in Abu Dhabi.

The England captain also mentioned that a world class side needs to have number of leaders within the dressing room and KKR have them in abundance.

"I have continued to be myself, within any good side around the world, you have to have a number of leaders within the change room. I think we have them in abundance," Morgan added.

Morgan, who was the vice-captain of the KKR side, said that he will look to continue working with the players within the group.

"I'm delighted to continue the leadership role within the side, obviously captain and not vice captain now, but hopefully continue to work alongside our players."

KKR currently sit at the fourth spot on the points table with four wins from seven games.

Eoin Morgan IPL 2020 Cricket Mumbai Indians vs Kolkata Knight Riders, Match 32
Get the latest updates on IPL 2021, IPL Points Table , IPL Schedule 2021 , live score . Like us on Facebook or follow us on Twitter for more sports updates. You can also download the NDTV Cricket app for Android or iOS.