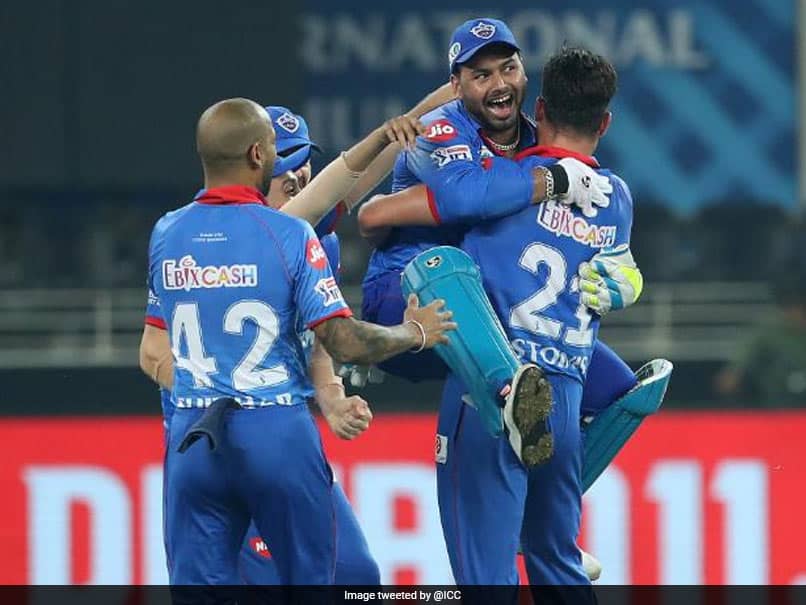 DC vs KXIP IPL Score: Delhi Capitals held their nerves in the Super Over.© Twitter

Delhi Capitals defeated Kings XI Punjab in a Super Over after the Punjab-based franchise finished at 157 for eight after 20 overs were bowled in their innings. In the Super Over, Kagiso Rabada removed KL Rahul and Nicholas Pooran of successive deliveries to end KXIP's innings. Chasing three runs for the win, Delhi Capitals got over with line with ease. Earlier, KXIP were chasing 158 for the win and needed one run to win off three deliveries. Marcus Stoinis bowled a dot and followed it up by taking the crucial wicket of Mayank Agarwal, who scored 89 runs off 60 balls. Chris Jordan then chipped one straight into the hands of Kagiso Rabada and the match went into a Super Over. (SCORECARD)

Rishabh Pant IPL 2020 Cricket Live Score Live Cricket Score Live Blogs Delhi Capitals vs Kings XI Punjab, Match 2
Get the latest updates on India vs Australia Series, check out the India vs Australia Schedule for 2020-21 and Ind vs Aus live score . Like us on Facebook or follow us on Twitter for more sports updates. You can also download the NDTV Cricket app for Android or iOS.