KXIP vs SRH: While both teams have some huge names on their roster, some players have been head and shoulders above the rest when it comes to IPL Fantasy League. 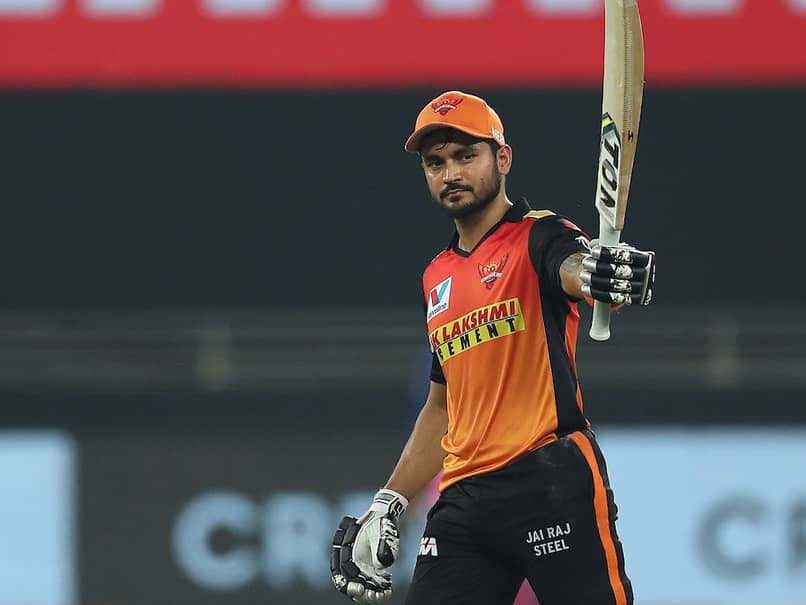 KXIP vs SRH: Manish Pandey will hope to be more consistent after his sterling knock in previous match.© BCCI/IPL

Kings XI Punjab seemed down and out, with little hope left but three wins on the trot have given them a new lease of life and put them in them in the running for a top-four spot. SunRisers Hyerabad have won just one of their last four matches, and that means they are level on points with KXIP but have a better run-rate. Both teams will be gunning for a win, but it goes without saying that KXIP have the momentum behind them. SRH, though, cannot be taken lightly with some world-class talent in the team. While both teams have some huge names on their roster, some players have been head and shoulders above the rest when it comes to IPL Fantasy League.

KL Rahul (Credits - 12): The stylish Indian batsman has been the undisputed number one Fantasy pick so far in IPL 2020. He has already bagged a whopping 770 Fantasy points, having scored 540 runs in 10 matches, with a century and five fifties to his name. Yes, Rahul is an expensive proposition at 12 credits, but one has to just make room for him because that's how good he has been. That said, the Kings XI Punjab skipper suffered a rare failure against Delhi Capitals, dismissed for 15. Hopefully for all those that have Rahul in their Fantasy XI, it was just a minor hiccup.

Manish Pandey (Credits - 9): Despite hitting three half-centuries this season, the SRH batsman has been far from consistent this season. Hopefully, his unbeaten knock of 83 against Rajasthan Royals will do him some good. At 9 credits, Pandey is not the cheapest option and neither is he an expensive one. A solid player to have in your team. He has already 459 Fantasy points, and looks good for some more.

Mayank Agarwal (Credits - 8.5): It was a toss up between him and Nicholas Pooran. Both have been very good this season, and both have collected a bagful of IPL Fantasy points so far. But Mayank's overall performance in IPL 2020 just narrowly keeps him ahead of his West Indian teammate. Agarwal, though, has had back-to-back failures -- against Mumbai Indians and Delhi Capitals. Hopefully, for KXIP he will bounce back sooner rather than later.

Mohammed Shami (Credits - 9): While Rashid Khan might be many people's choice for this match. We are putting Mohammed Shami ahead of him purely based on his performances in recent matches. Shami started the tournament brilliantly but seem to lose his way as time went on. However, the Indian pacer seems to have recaptured his form. Shami already has 470 Fantasy points, 56 points ahead of Rashid, and the fast bowler costs a credit less than the Afghan as well. If you can have both in your team, then great. If not, then we will recommend going for Shami.

Mohammed Shami IPL 2020 Kings XI Punjab vs Sunrisers Hyderabad, Match 43 Cricket
Get the latest updates on India vs Australia Series, check out the India vs Australia Schedule for 2020-21 and Ind vs Aus live score . Like us on Facebook or follow us on Twitter for more sports updates. You can also download the NDTV Cricket app for Android or iOS.