KKR vs DC: Delhi Capitals are sitting pretty in second place and in a good position to reach the playoffs but KKR, who are currently fourth, have a battle on their hands. 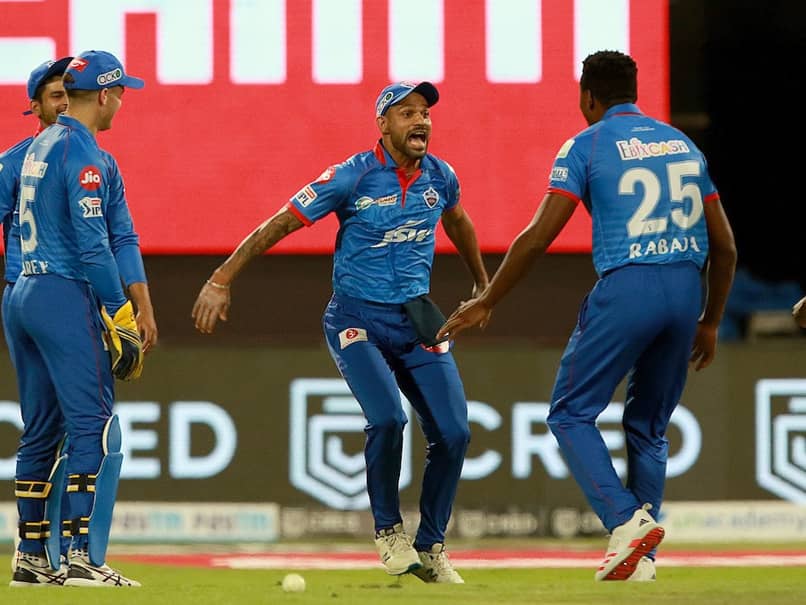 The battle for top four places in IPL 2020 is hotting up with numerous teams still in the running. While the top three have opened a small gap to the others, the fight for the fourth and final spot for the playoffs is the one to watch out for. Delhi Capitals are sitting pretty in second place and in a good position to reach the playoffs but KKR, who are currently fourth, have a battle on their hands. SunRisers Hyderabad, Kings XI Punjab and Rajasthan Royals are all just two points behind the Kolkata outfit. KKR will hope they can string a few wins and keep others at bay, but for that they need their star players to come to the party, and that could only mean more points in IPL Fantasy XI.

Shikhar Dhawan (Credits - 10): The Indian left-hander has suddenly exploded after an iffy start to IPL 2020. Back-to-back hundreds has seen Dhawan jump to the second spot behind KL Rahul in the top run-getters list. Dhawan's purple patch has also pocketed a bagful of IPL Fantasy points thanks to his brilliant batting. But at 10 credits, many might not have had him in their IPL Fantasy XI. Well, don't wait any longer and quickly make that transfer because the Delhi Capitals opener is in ominous form.

Shubman Gill (Credits - 8.5): After excelling in the first half of IPL 2020, Shubman Gill has gone off the boil a bit in recent matches. He has had starts but hasn't made it count. However, the stylish right-hander still seems to be in good form and though he might not have fetched you a lot of points, at 8.5 credits, is still a good option to have. KKR will definitely be making a push for the top four places, and Gill will surely have a big say in that matter.

Marcus Stoinis (Credits - 8.5): The Australian all-rounder has been the surprise package in the Delhi Capitals outfit this season. His consistent performances with both the bat and the ball has made him a key part of the team. And at 8.5 credits, he is a steal in IPL Fantasy League as well. Stoinis has already bagged 467 fantasy points, and with Delhi looking good to go all the way to the playoffs, there will be more points on offer.

Kagiso Rabada (Credits - 9.5): If for some reason, Kagiso Rabada is still not in your Fantasy XI, then you better hurry up. The South African pacer has been absoutely sensational so far in IPL 2020. Thanks to his exploits with the ball which has seen him take 21 wickets in 10 matches, Rabada has bagged a whopping 637 fantasy points. The race for the Purple Cap is getting interesting with Mumbai Indians duo Jasprit Bumrah and Trent Boult hot on the heels of the South African and it won't be surprising if that spurs him on further. And that can only mean one thing -- more IPL fantasy points!

Kagiso Rabada IPL 2020 Kolkata Knight Riders vs Delhi Capitals, Match 42 Cricket
Get the latest updates on IPL 2020, check out the IPL Schedule for 2020 and Indian Premier League (IPL) Cricket live score . Like us on Facebook or follow us on Twitter for more sports updates. You can also download the NDTV Cricket app for Android or iOS.