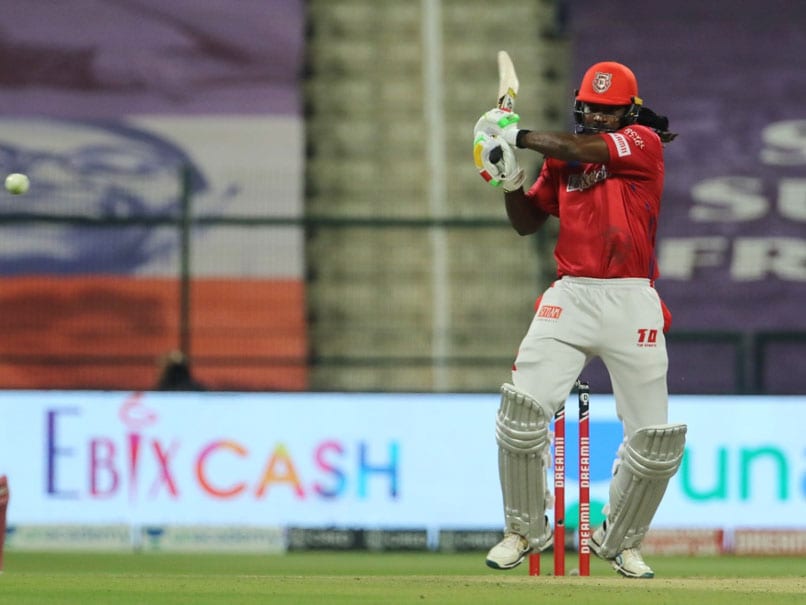 Chris Gayle, arguably the greatest ever entertainer in world cricket, have his fans another reason to celebrate as he became the first-ever batsman to smash 1000 sixes in T20 cricket. Gayle achieved the land mark during an IPL 2020 game between Kings XI Punjab and Rajasthan Royalson Friday. Former India opener Virender Sehwag, who was also famous for his attacking batting, took to Twitter to hail the great West Indian, calling him the "Entertainment ka baap (father of entertainment)". He also compared Gayle to Australian great Don Bradman and even ruled that he is "without a doubt the greatest that there has ever been" as far as shortest format is concerned. Renowned cricket commentator Harsha Bhogle was among many who were impressed by Gayle's sheer dominance in the T20 cricket for so many years. "One thousand sixes! The greatest. @henrygayle. The fire still burns bright," Bhogle wrote on Twitter.

"T20 ka Bradman- Chris Gayls. Without a doubt the greatest that there has ever been @henrygayle. Entertainment ka baap. #KXIPvRR," Sehwag tweeted.

T20 ka Bradman- Chris Gayls. Without a doubt the greatest that there has ever been @henrygayle . Entertainment ka baap. #KXIPvRR

Aakash Chopra too took to Twitter and said that when Gayle is on song, it is entertainment guaranteed. "Gayle Storm. Yesterday...today....tomorrow. 24x7...365 days a year. Entertainment Guaranteed. #IPL2020," Chopra tweeted.

Gayle missed out on a century by the barest possible margin as he was dismissed by Jofra Archer on 99. Gayle had smashed a six on the previous ball to take his tally to 99 and was looking set for a record-extending 7th IPL century but it wasn't to be as the England fast bowler bowled a full delivery that struck Gayle on the pads and rattled his stumps.

Unhappy with his dismissal, Gayle threw his bat in frustration. However, the Jamaican big man shook hands with Archer while walking back to the pavilion.

Jamaican sprinter Yohan Blake also posted a video on Twitter where he wrote how disappointed he was with Gayle falling one short of his well-deserved century. "I am crying sorry Chris. @henrygayle can't believe. @IPL," he tweeted.

Speaking at the mid-innings interview, Gayle said: "Fans, I am sorry. But in my mind, I scored a century".

Riding on Gayle's brilliant knock, KXIP posted a competitive total on the board as they finished with 185/4 in 20 overs. However, it wasn't enough as Rajasthan chased down the target with 15 balls to spare.

Chris Gayle IPL 2020 Cricket Kings XI Punjab vs Rajasthan Royals, Match 50
Get the latest updates on ICC Women's Cricket World Cup 2022 and IPL 2022, check out the Schedule , Live Score and IPL Points Table. Like us on Facebook or follow us on Twitter for more sports updates. You can also download the NDTV Cricket app for Android or iOS.