IPL 2020, KXIP vs RR: Chris Gayle reached the landmark figure by pulling a short-pitch delivery bowled by Kartik Tyagi over mid-wicket in his 410th T20 appearance. 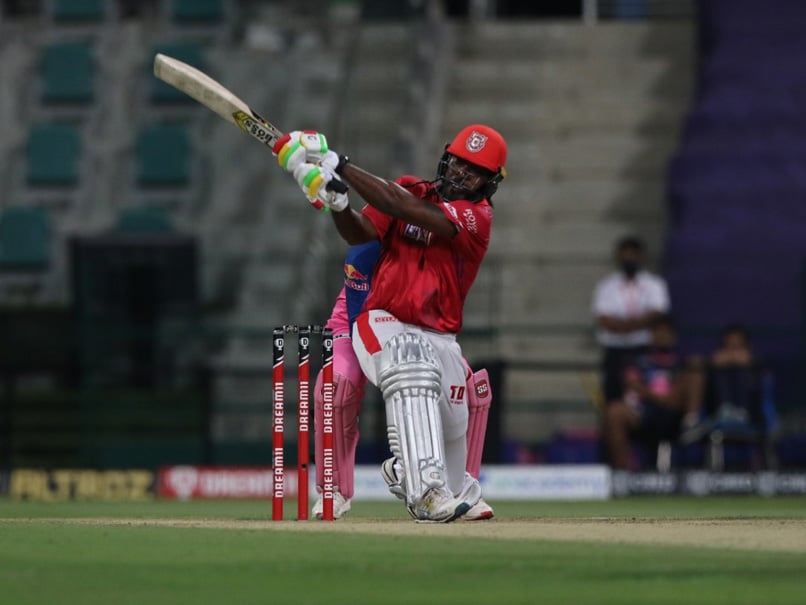 Chris Gayle, one of the most explosive batsmen in world cricket, became the first batsman ever to smash 1000 sixes in the shortest format of the game. The big-hitting West Indian achieved the feat during an Indian Premier League (IPL) 2020 game between Kings XI Punjab and Rajasthan Royals on Friday. Gayle smashed 99 off just 63 balls, a knock studded with six fours and eight massive sixes, as his side posted 185/4 on the board in a crucial game.

Gayle reached the landmark figure by pulling a short-pitch delivery bowled by Kartik Tyagi over mid-wicket in his 410th T20 appearance. This was Gayle's seventh maximum of the night and with that shot he also entered the nervous 90s. He smashed another six in the next over to take his total to 99 but was dismissed by Jofra Archer's full delivery that hit his pads and crashed on to the stumps.

Gayle, missed the first-half of the ongoing edition warming the bench but has been impressed a lot since coming back into the KXIP playing XI. In just six innings, he has smashed 23 sixes and is third on the leading six-hitters' list in IPL 2020 -- only two behind his teammate Nicholas Pooran who is leading the chart with 25 sixes.

The 41-year-old West Indian is one of the most popular T20 cricketers across the globe and his latest achievement clearly proves why he has such a massive fan-following.

He is the leading six-hitter in the IPL with a whooping 349 sixes to his name. IPL has witnessed some of the world's most powerful cricketers playing for different franchises in last 13 seasons but still no one has been anywhere close to Gayle's tally of sixes.

The second on the list is AB de Villiers who has 232 sixes -- 117 sixes less than Gayle, proving there is no one better than the Jamaican when it comes to clearing the fence.

Gayle has played 58 matches for the West Indies and has scored 105 sixes. He is fifth on the all-time lead six-hitters' list in the Twenty20 Internationals (T20Is).

Sheikh Zayed Stadium, Abu Dhabi IPL 2020 Cricket Kings XI Punjab vs Rajasthan Royals, Match 50 Kartik Tyagi
Get the latest updates on ICC T20 Worldcup 2022, check out the Schedule and Live Score. Like us on Facebook or follow us on Twitter for more sports updates. You can also download the NDTV Cricket app for Android or iOS.