IPL 2020, KXIP vs CSK, Kings XI Punjab vs Chennai Super Kings: Players To Watch Out For

KXIP vs CSK: The second match on Sunday features two teams that occupy the last two places in the IPL Points Table. Both CSK and KXIP desperately need a win to revive their campaign. 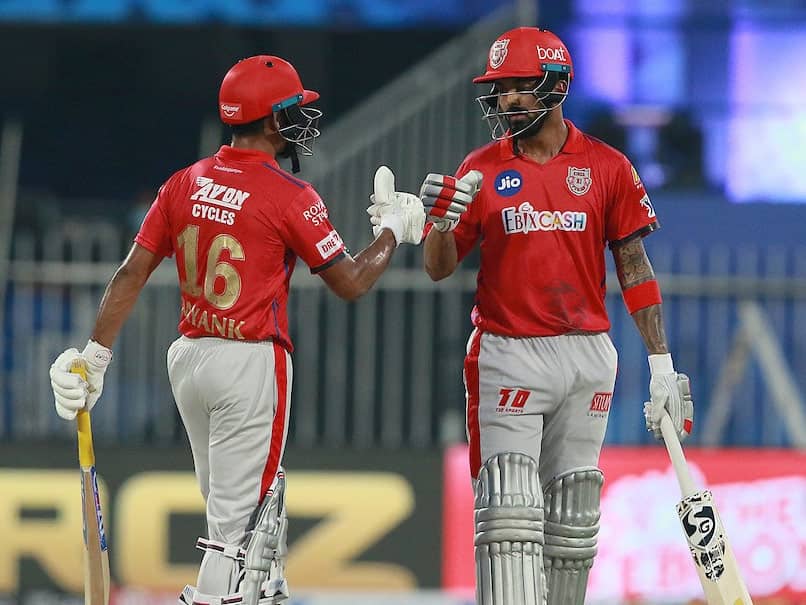 KXIP vs CSK: KL Rahul and Mayank Agarwal have been brilliant for Kings XI Punjab so far this season.© BCCI/IPL

The second match on Sunday will see two of the bottom teams in IPL 2020 Points Table take on each other. Chennai Super Kings (CSK) have had a nightmare start to the tournament this year, despite winning their opener against Mumbai Indians. Three back-to-back losses has seen CSK drop to last position. Kings XI Punjab are no better and with three defeats in four games mean they are on the same points as CSK but have a better run-rate. Incredibly, Punjab have the two top run-getters in Mayank Agarwal and KL Rahul as well as the joint highest wicket-taker in Mohammed Shami but despite their brilliant individual performances, they have failed to come together as a team.

Mayank Agarwal: The stylish right-hander sits pretty at the top of the run-scoring charts with 246 runs in four games, seven runs ahead of teammate and skipper KL Rahul. Agarwal already has a century and fifty to his name and has been striking at 166.21. He will hope to carry forward this form against an underfiring CSK team.

KL Rahul: The Kings XI Punjab captain has amassed 239 runs in four matches at an average of 79.66 and a strike-rate of 148.44. Like Mayank Agarwal, KL Rahul too has a century and a fifty but despite all of this, his team has just one game so far this season.

Mohammed Shami: The India pacer has been exceptional with the new ball and that has seen him take eight wickets in four matches at an economy rate of 7.86. Up front, Shami has been hard to get away but will need to improve his death bowling like the rest of the KXIP bowlers, which has cost the team dearly.

Faf du Plessis: The South African has been the shining light in what has been a terrible batting performance from CSK this season. While others around him have failed to get going, Du Plessis has been exceptional. The South African veteran has 195 runs in four matches, putting him only behind Mayank Agarwal and KL Rahul in the top run-getters list.

MS Dhoni: Despite all the criticism that has come his way for his slow starts, CSK captain MS Dhoni is the second highest run-getter for his team this season. Dhoni has scored 91 runs in four matches and has been dismissed just once, striking at 135.82. The former India captain did struggle with the heat in the previous match, but the more time he spends at the crease, his fitness as well as striking will continue to improve.

Deepak Chahar: The fast bowler has not been at his economical best but he has taken five wickets in four matches. Along with Sam Curran and Piyush Chawla, he is currently the highest wicket-taker in the team. Having missed out on some of the training session before the start of the tournament after testing positive for COVID-19, the right-arm fast bowler is slowly but surely getting to his best.

MS Dhoni Deepak Chahar IPL 2020 Kings XI Punjab vs Chennai Super Kings, Match 18 Cricket
Get the latest updates on India vs England Series, India vs England , live score and IPL 2021 Auction . Like us on Facebook or follow us on Twitter for more sports updates. You can also download the NDTV Cricket app for Android or iOS.