Isa Guha won the cook-off as Sandeep Warrier ended up in circles. 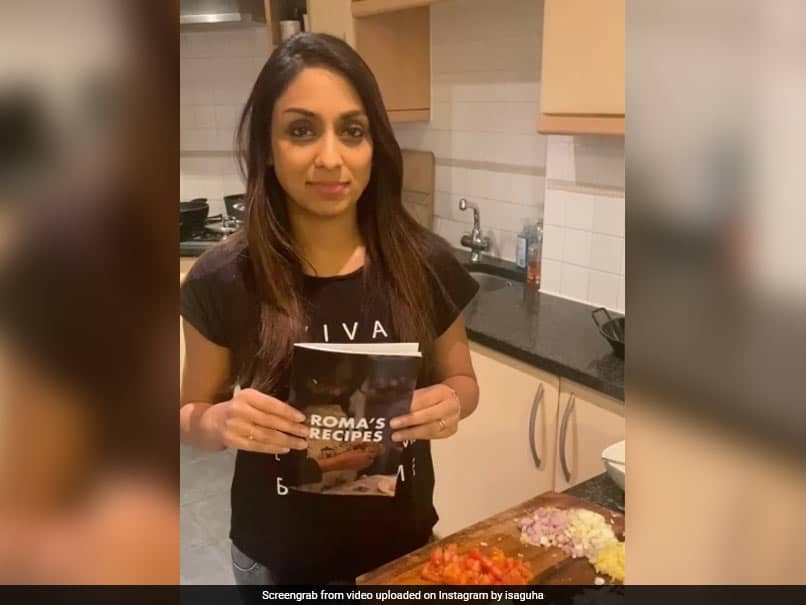 With hostilities on the field of cricket on hold, thanks to the lockdowns around the world, Kolkata Knight Riders discovered another way to start a contest, pitting former England medium-pacer and current commentator Isa Guha in a cook-off with seamer Sandeep Warrier. Isa, a Bengali, had a distinct advantage as they set off trying to complete the traditional dish of "Loochi" with "Chholar Daal". As the event progressed, it was evident that Warrier was being bamboozled by the array of Isa's deliveries.

"Its compulsory that it should come to a circle?" Warrier asked as he tried to roll out a loochi, as the job began to look more and more difficult.

In the end, it was a no-contest, though Warrier, to his credit, did land a loochi, though it looked much like the dark side of the moon.

It's not everyday that a 'Warrier' becomes a

Thanks to @isaguha , it happened while SocialDISHtancing on The Great Bengali Cook Off!#SandeepWarrier must be glad that a ball comes only in one shape

With the Indian Premier League (IPL) and all other cricket across the world having come to a standstill like everything else, cricketers and commentators alike are trying to keep the momentum going with many such exercises on the Internet.

The IPL was scheduled to begin on March 29 but was postponed till April 15 initially as the coronavirus pandemic shut everything down. It was then postponed indefinitely as the situation did not improved till the new date.

Kolkata Knight Riders Sandeep Warrier Cricket
Get the latest updates on IPL 2020, check out the IPL Schedule for 2020 and Indian Premier League (IPL) Cricket live score . Like us on Facebook or follow us on Twitter for more sports updates. You can also download the NDTV Cricket app for Android or iOS.