IPL 2020, KKR vs KXIP: Describing Mandeep Singh as the "most genuinely happy cricketer", Virat Kohli commended his "positive attitude" and wrote that his father must be blessing him from above. 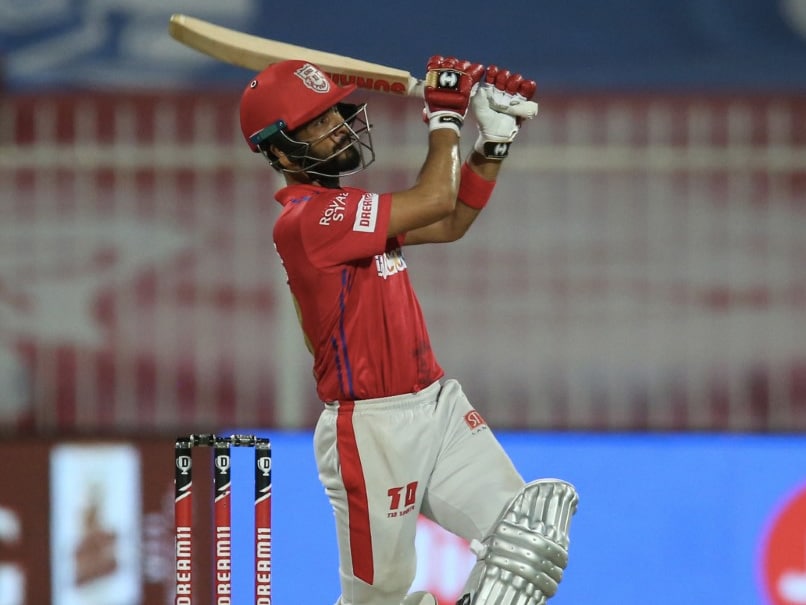 Kings XI Punjab batsman Mandeep Singh overcame a personal tragedy to score a match-winning half-century which helped his franchise register a comfortable win over Kolkata Knight Riders (KKR) on Monday and break into the top half of the IPL 2020 Points Table. Mandeep, a couple of days after losing his father, opened the innings for KXIP against KKR and scored an unbeaten 66 off 56 balls, guiding his side to their fifth successive win. Royal Challengers Bangalore skipper Virat Kohli, who shared the dressing with him during their time at RCB, was mighty impressed by Mandeep's grit and determination and congratulated him for playing a wonderful knock despite going through a difficult time.

Describing Mandeep as the "most genuinely happy cricketer", the Indian skipper, on his Instagram story, commended his "positive attitude" and wrote that his father must be blessing him from above.

"The most genuinely happy cricketer I know. To do what you've done in this testing time in because of your faith in life and your positive attitude. Well played Shera. He's blessing you from above @mandeeps12 Lion Hearted," Virat Kohli wrote on his Instagram story, while sharing a picture of Mandeep dedicating his fifty to his late father. 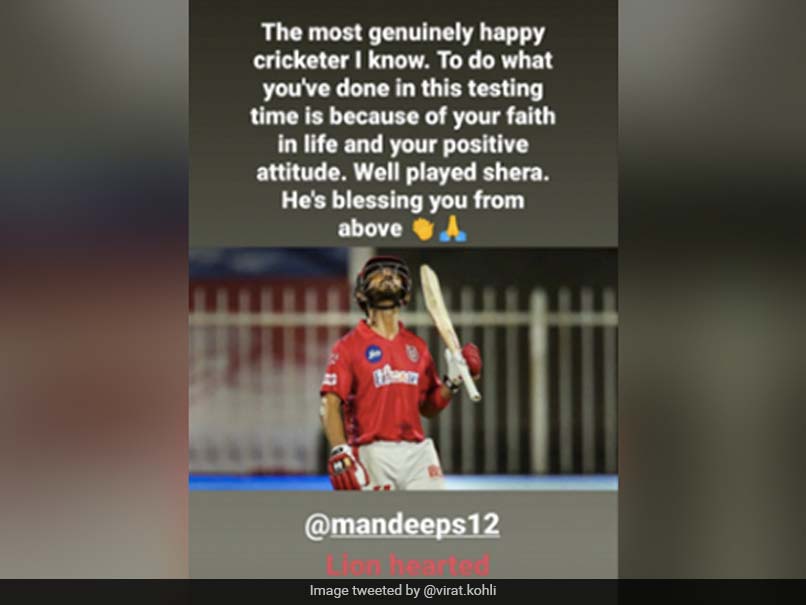 Kohli also went through a similar phase when his father died in 2006 following a heart attack, while he was playing a Ranji Trophy game for Delhi. Kohli was only 18 at the time and was batting on 40 overnight and to his teammates' surprise, he resumed his inning the next day and played a valuable knock of 90 runs to help Delhi avoid the follow-on.

In Monday's clash, Mandeep found a great company in Chris Gayle, whose explosive batting eased the pressure on him, allowing him to take his time in the middle and build his innings.

The hard-hitting West Indian scored a quick-fire 51 off just 29 balls, with the help of five maximums. Chasing 150 to win, Gayle and Mandeep put on an exactly 100-run stand for the second wicket to take the game away from the reach of their opposition.

Kings XI Punjab, who were once languishing at the bottom of the table, courtesy their fifth victory on the trot have emerged as one of the top contenders to finish in the top four and qualify for the playoffs.

Virat Kohli's RCB are currently placed third on the eight-team table, having collected 14 points from 12 matches -- same as the two sides above them Mumbai Indians and Delhi Capitals -- and reach only a win to qualify for the knockout stage.

Virat Kohli IPL 2020 Cricket Kolkata Knight Riders vs Kings XI Punjab, Match 46
Get the latest updates on India vs South Africa and check out  Schedule, Results and Live Score. Like us on Facebook or follow us on Twitter for more sports updates. You can also download the NDTV Cricket app for Android or iOS.