IPL 2020, SRH vs MI: Rohit Sharma, after missing Mumbai Indians' last four matches with an injury, returned to lead his side in the last league game of IPL 2020 against SunRisers Hyderabad. 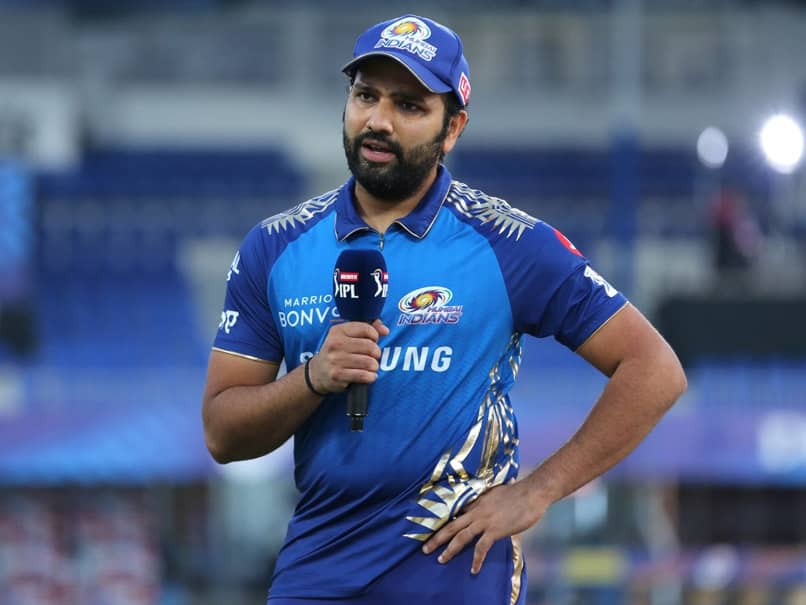 Rohit Sharma, after missing Mumbai Indians' last four matches with an injury, returned to lead his side in the last league game of IPL 2020 against SunRisers Hyderabad (SRH) at the Sharjah Cricket Stadium. When asked about his fitness at the toss, Rohit Sharma's short and simple was enough to bring a huge smile on every Mumbai Indians fans, who were waiting eagerly for see him back in action. "Looks like I am fit and fine," he told Murali Karthik at the toss. Rohit, skipper with most titles in IPL history, was not included in India's squads for tour Down Under, with BCCI saying their medical team will be monitoring his progress.

Apart from Rohit, Mumbai Indians made a couple of more changes to their playing XI from last game, resting their key fast bowlers Jasprit Bumrah and Trent Boult, with James Pattinson and Dhawal Kulkarni taking their place.

"Throughout the tournament there has been a lot of talk about the toss, and we need to take toss out of contention and play good cricket. Looks like I'm fit and fine. We are resting some key bowlers - Bumrah and Boult will rest, Pattinson and Dhawal Kulkarni will replace them. I am coming in in place of Jayant Yadav," Rohit added.

Rock it brother @ImRo45 so good to see you back on the ground #MIvsSRH pic.twitter.com/OK7fUgQDyU

Rohit Sharma at the toss! Yes there is a qualification at stake but this is huge news. All eyes on him and his fitness

Rohit Is Playing. And #MI has decided to rest three key players-Boult-Bumrah-H Pandya #IPL2020 #KKR be like #MIvSRH

While fans celebrated his return on field on social media, Rohit's comeback was short-lived as he departed cheaply after handing a simple catch straight to the mid-off fielder.

In a do-or-die game for his side, SRH skipper David Warner won the toss and decided to bowl, with dew in mind. The 2016 champions made only one change to their side with Abhishek Sharma making way for Priyam Garg.

SRH need to win their last league game to reach the playoffs. With a win, they will reach 14 points same as Kolkata Knight Riders but will go through due to their superior Net Run-Rate (NRR).

David Warner Sharjah Cricket Association Stadium, Sharjah IPL 2020 Cricket Sunrisers Hyderabad vs Mumbai Indians, Match 56
Get the latest updates on India vs Australia Series, check out the India vs Australia Schedule for 2020-21 and Ind vs Aus live score . Like us on Facebook or follow us on Twitter for more sports updates. You can also download the NDTV Cricket app for Android or iOS.