IPL 2020, Rajasthan Royals vs Kings XI Punjab: Players To Watch Out For

IPL 2020, RR vs KXIP: Rajasthan Royals and Kings XI Punjab are packed with a plethora of talent both in the batting and bowling departments, which makes for a mouthwatering encounter in Sharjah. 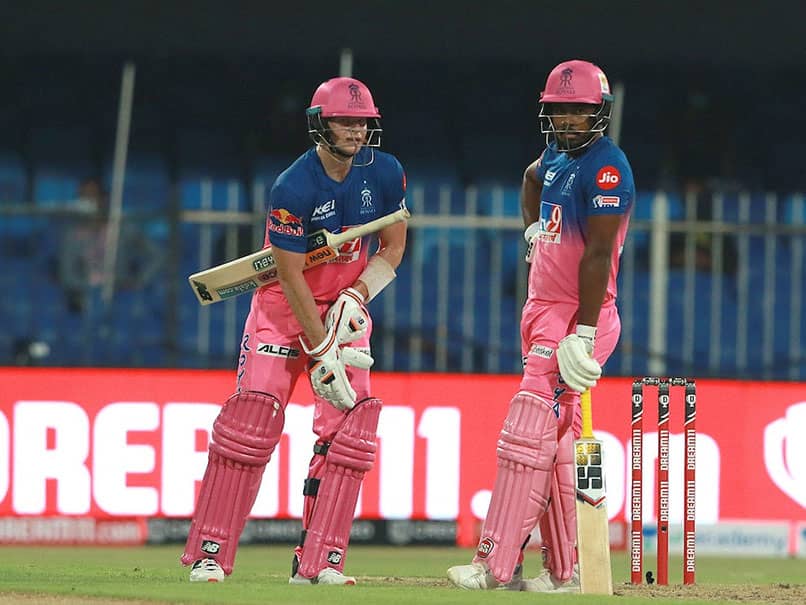 Rajasthan Royals vs Kings XI Punjab throws an interesting matchup between a captain who is been there done that and one who is just beginning his journey in leading a world-class outfit. Steve Smith and KL Rahul will be up against each other, both having led their teams to impressive wins in their previous matches. Steve Smith along with Sanju Samson blitzed the Chennai Super Kings bowling attack while KL Rahul smashed an unbeaten century to blow away Virat Kohli's Royal Challengers Bangalore. The two teams are packed with a plethora of talent in the batting department, RR may be a little more than KXIP, which makes for a mouthwatering encounter in Sharjah.

Sanju Samson: The wicketkeeper-batsman from Kerala was in scintillating form in the match against Chennai Super Kings. He scored a brilliant 74 off just 32 balls, blasting a four and a whopping nine hits over the fence. Samson's knock proved crucial as Rajasthan Royals ended up with a score 216 for seven off their 20 overs.

Samson once again proved his talent on one of the biggest stages in cricket and will look to repeat his showing with the bat against Kings XI Punjab. But Punjab bowlers have been in top form this season and Samson certainly will find the going much harder than he did against CSK.

Steve Smith: Coming in to the tournament, there were a few question marks regarding the fitness of Steve Smith. The Australian missed the entire ODI series in England due to a concussion he suffered in training. However, Smith quelled any fear regarding his fitness with a fine knock against CSK.

The Rajasthan Royals skipper smashed 69 runs off 47 balls, his knock littered with four sixes and as many fours. Smith had opened the innings against CSK but might drop down the order to one-down with Jos Buttler expected to make his much-awaited return.

Jofra Archer: The England fast bowler has the pace to trouble the best in the world and once again he showed his immense talent, going for just 26 runs off his four overs against CSK at an economy rate of 6.50. Archer also accounted for the crucial wicket of Faf du Plessis, while also smashing 27 off eight balls with the bat in hand.

Rajasthan Royals will need Archer to be at his best against the high-flying Kings XI Punjab batsmen. Archer could be the only one who could control the likes of KL Rahul and Mayank Agarwal.

KL Rahul: The Kings XI Punjab captain scored 132 not out off 69 balls, the highest score by an Indian in the IPL. He smashed 14 fours and seven sixes to blow the RCB bowlers away.

With Chris Gayle continuing to sit out, Punjab will once again look at their skipper to give them a good start but this time he will need to contend with Jofra Archer. Though, if he manages to counter Archer early on, we could have another KL Rahul special on the cards.

Sheldon Cottrell: The West Indian pacer has been immense for Kings XI Punjab in the two games they have played this season. He has formed a formidable new-ball partnership with Mohammad Shami.

The left-arm pacer took two wickets for 24 runs off four overs in KXIP's opening match against Delhi Capitals and put in an even better showing against RCB, picking up two wickets for just 17 runs off 3 overs.

Ravi Bishnoi: The youngster caught the eye with some brilliant performances in the U-19 World Cup and he has taken to IPL like to fish to water. Ravi Bishnoi has already made a big impact and batsmen will need to be watchful against him.

He took a wicket and gave away just 22 runs off his four overs against DC and while he was a touch expensive against RCB, he took three wickets to spin a web around Virat Kohli's men.

Sheldon Cottrell Ravi Bishnoi IPL 2020 Rajasthan Royals vs Kings XI Punjab, Match 9 Cricket
Get the latest updates on IPL 2020, check out the IPL Schedule for 2020 and Indian Premier League (IPL) Cricket live score . Like us on Facebook or follow us on Twitter for more sports updates. You can also download the NDTV Cricket app for Android or iOS.