IPL 2020, RCB vs MI: Virat Kohli hit the final boundary to seal the Super Over victory for Royal Challengers Bangalore against Mumbai Indians at the Dubai International Stadium. 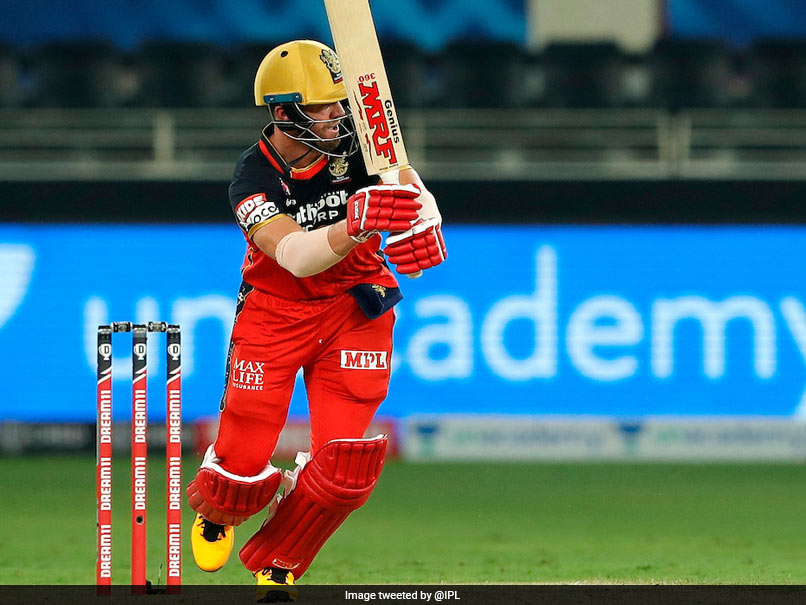 Royal Challengers Bangalore (RCB) had to wait until the Super Over to defeat Mumbai Indians (MI) in their Indian Premier League (IPL) 2020 fixture, at the Dubai International Stadium. In what was touted as a Virat Kohli vs Rohit Sharma clash, fans had to wait until the last minute in this drama-filled encounter. Before the Super Over, RCB looked set to win the match, but a last ditch blitzkrieg by Ishan Kishan and Kieron Pollard tied the match. MI won the toss initially and elected to bowl. Devdutt Padikkal once again notched a half-century, while AB de Villiers and Shivam Dube ensured a 201-run total for RCB. Meanwhile Washington Sundar proved to be crucial for Kohli's side.

After being sent in to bat first, Padikkal and Aaron Finch gave RCB a good start, with the Australian also slamming 52 runs off 35 deliveries. Padikkal also hit seven boundaries, which consisted of five fours and two sixes. The Indian batsman registered 54 off 40 balls. Meanwhile, Finch hit seven fours and a six. The duo's partnership proved to be crucial to RCB, with Trent Boult grabbing their crucial wickets.

RCB captain Kohli continued with his poor run in the ongoing tournament, leaving for the pavilion early, after getting caught by Rohit Sharma off Rahul Chahar. Kohli could only muster three runs off 11 balls.

AB de Villiers and Shivam Dube added the finishing touches to RCB's total with 55 runs and 27 runs respectively. Both kept their partnership till the end, helping RCB finish at 201/3, setting a 202-run target.

It was only after the arrival of Kishan, that MI's chase began. With Hardik Pandya getting dismissed by Adam Zampa after scoring 15 runs, Pollard came in to build a stable partnership with Kishan.

Kishan slammed 99 runs off 58 deliveries, getting sent back to the pavilion in the second last ball of the 20th over, with Pollard hitting a six in the last delivery, to take the tie to Super Over. MI finished at 201/5.

MI batted first in the Super Over, and Navdeep Saini bowled brilliantly as he grabbed Pollard's wicket and restricted them to just 7 runs.

RCB had to wait until the fourth delivery in the second Super Over, to finally get going, with de Villiers slamming a four against Jasprit Bumrah.

In the last delivery, Kohli slammed a four to seal the match for his team.

RCB finished the Super Over at 11 for no loss.

Jasprit Bumrah Royal Challengers Bangalore vs Mumbai Indians, Match 10 IPL 2020 Cricket
Get the latest updates on ICC T20 Worldcup 2022, check out the Schedule and Live Score. Like us on Facebook or follow us on Twitter for more sports updates. You can also download the NDTV Cricket app for Android or iOS.