IPL 2020, RCB vs MI: Royal Challengers Bangalore cricketers enjoyed an entertaining break after their Super Over win over Mumbai Indians. 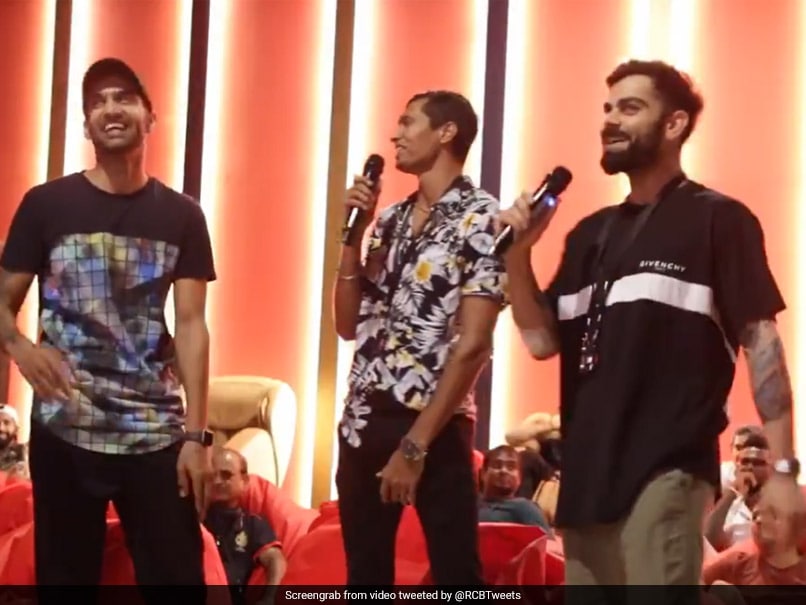 After defeating Mumbai Indians (MI) in the Super Over, Royal Challengers Bangalore (RCB) took a well-deserved break from Indian Premier League (IPL) 2020 proceedings. In a post on their Twitter handle, the club shared highlights of the day, which included pool volleyball and a karaoke night. The video has been captioned as, "A fun game of pool volleyball and a karaoke night, the Royal Challengers embrace the bonding sessions on rest days with plenty of smiles and laughter. #PlayBold #IPL2020 #WeAreChallengers #Dream11IPL".

A fun game of pool volleyball and a karaoke night, the Royal Challengers embrace the bonding sessions on rest days with plenty of smiles and laughter.#PlayBold #IPL2020 #WeAreChallengers #Dream11IPL pic.twitter.com/GJqPT4ckB0

In the social media post, the cricketers can be seen playing pool volleyball in their bio-secure bubble, at the United Arab Emirates (UAE). The players can be seen enjoying in a cheerful mood. During the pool session, Adam Zampa is shown to be in a particularly hyperactive bubbly mood.

The video shows Chahal singing a Bollywood classic, which leads to a moment of laughter by Virat Kohli. The RCB captain also sang a Punjabi song and danced to it.

RCB began their IPL 2020 campaign on a winning note, defeating SunRisers Hyderabad (SRH) by 10-runs. They followed it up by a 97-run defeat to Kings XI Punjab (KXIP), and a Super Over win in their last match against MI on September 28. The session comes with RCB having a short break ahead of their next match. They face Rajasthan Royals (RR) on October 3.

IPL 2020 has been shifted to UAE due to rising coronavirus cases in India. The stadiums to host the matches are Sheikh Zayed Stadium, Dubai International Stadium and Sharjah Cricket Stadium.

Dale Steyn Royal Challengers Bangalore vs Mumbai Indians, Match 10 Cricket IPL 2020
Get the latest updates on ICC Women's Cricket World Cup 2022 and IPL 2022, check out the Schedule , Live Score and IPL Points Table. Like us on Facebook or follow us on Twitter for more sports updates. You can also download the NDTV Cricket app for Android or iOS.