IPL 2020, RR vs CSK: After having defeated Mumbai Indians in the IPL 2020 opener, Chennai Super Kings face Rajasthan Royals in their next match, where an exciting contest could be on the cards between MS Dhoni and Jofra Archer 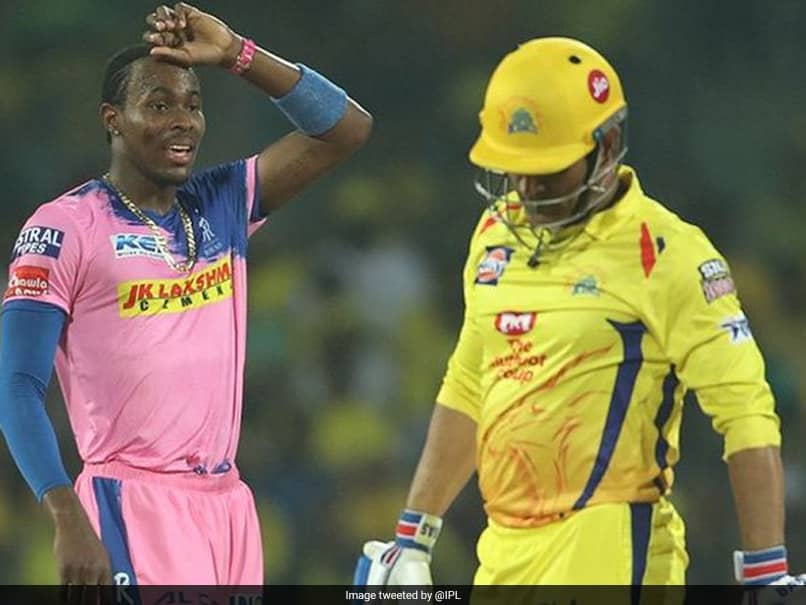 IPL 2020, RR vs CSK: A match-up between Jofra Archer and MS Dhoni could be on the cards when RR host CSK.© Twitter

With Rajasthan Royals (RR) set to open their Indian Premier League (IPL) 2020 campaign against Chennai Super Kings (CSK) on Tuesday (September 22), England pacer Jofra Archer will have an important task at hand, which is to bowl in the death overs for Steve Smith's team. There is a high possibility that Archer could be taking on CSK captain MS Dhoni, famous for winning matches in such situations . Other than Dhoni, the rest of CSK's batting line-up will also face Archer's wrath but in Twenty20 matches, each bowler is only afforded four overs. With both teams looking equal on paper, Smith could reserve Archer for the death overs. Both teams will face each other at the Sharjah Cricket Stadium on Tuesday.

In their first match of IPL 2020, Dhoni came into bat very late, facing only two balls in the victory for CSK. He sent Ravindra Jadeja and Sam Curran ahead of him.

Archer's usage in the last over for RR could well be against CSK's captain, depending on the circumstances. Dhoni is known to dismantle any kind of bowling attack, but his age could play a role.

Currently, 39 years old, Dhoni looked out of sorts occasionally with the bat during the 2019 World Cup. Archer, 25, is considered to be one of the fastest bowlers in the world.

The encounter between the two will be an exciting one, and could be the deciding factor in the match. Also, Dhoni has a point to prove, having been criticised a lot during last year's World Cup.